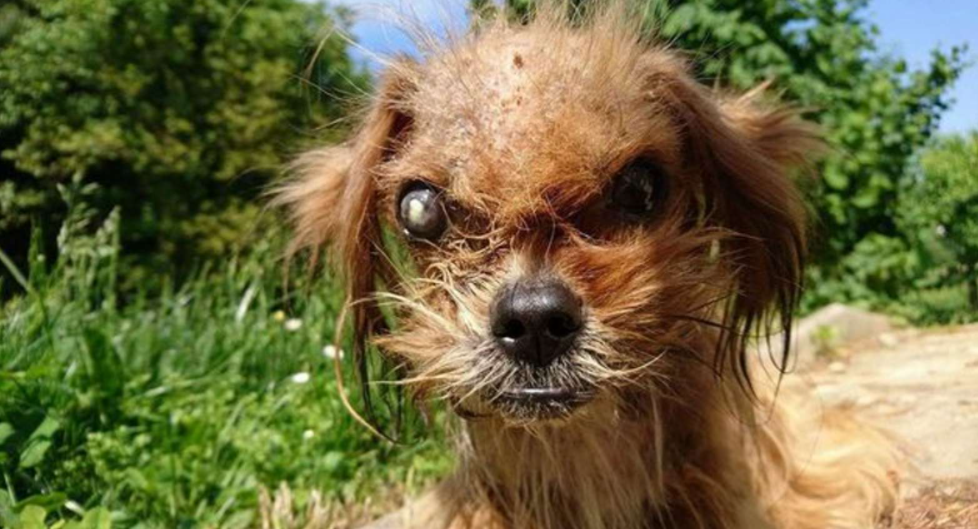 No one knows for certain what life had been like for this dear little dog, named Frodo, prior to his rescue last year, but it’s clear he didn’t have a friend in the world. His state of neglect was so extreme, merely looking at him was difficult to stomach.

But most shocking of all is just how much Frodo has changed since then — thanks to love.

Last May, Good Samaritans discovered Frodo wandering the streets of Croatia as a stray. The dog was emaciated and riddled with mange, and his eyes were swollen from an untreated infection. Frodo might have looked scary to some people, but he needed help — so they reached out to veteran animal rescuer Klaudija Sigurnjak to assist.

Even she was taken aback by his appearance. 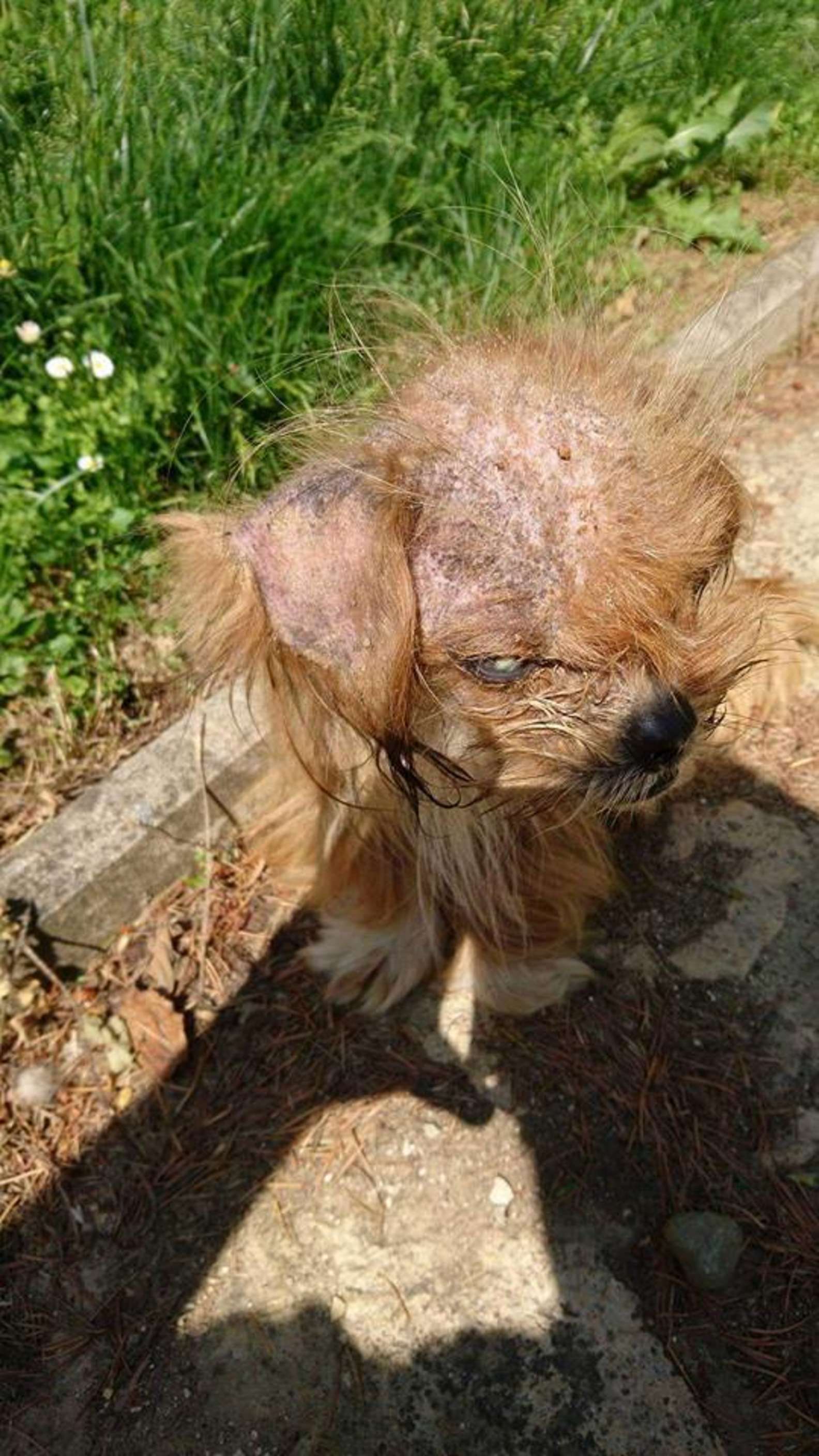 “I was stunned. I could hardly believe it was really a dog,” Sigurnjak told The Dodo. “I immediately set about rescuing him.”

And that was the moment everything began to change for Frodo. 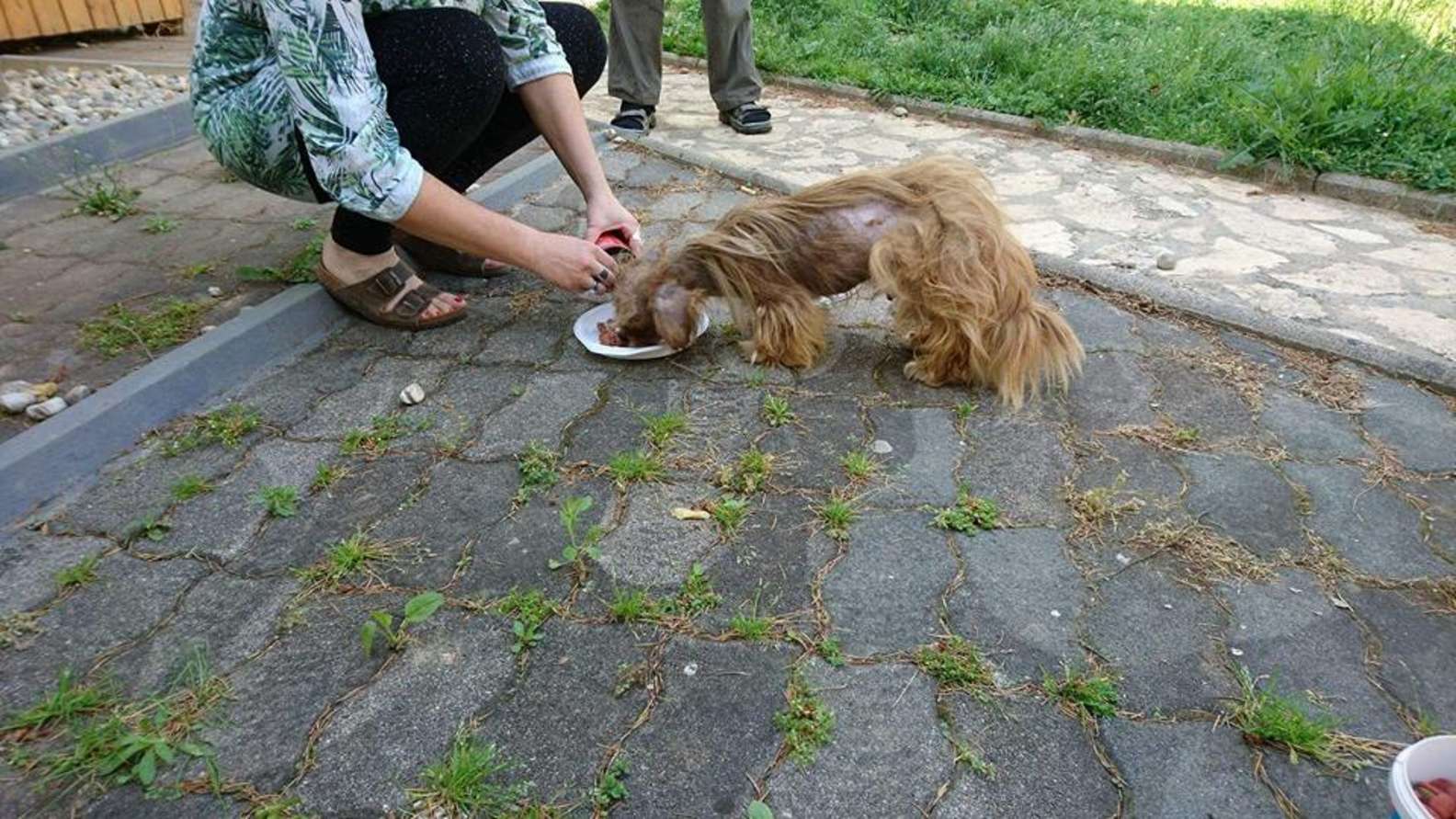 After offering Frodo food and winning his trust, Sigurnjak rushed him to get the expert care he needed.

A veterinary vision specialist determined that the dog’s right eye was so badly infected that it needed to be removed. Thankfully, his other eye could be saved, so Frodo would not be totally blind. Still, the dog’s health was very poor overall.

“He was full of fleas and ticks, and starved to the bone,” Sigurnjak said. “We were not sure whether or not he’d survive.” 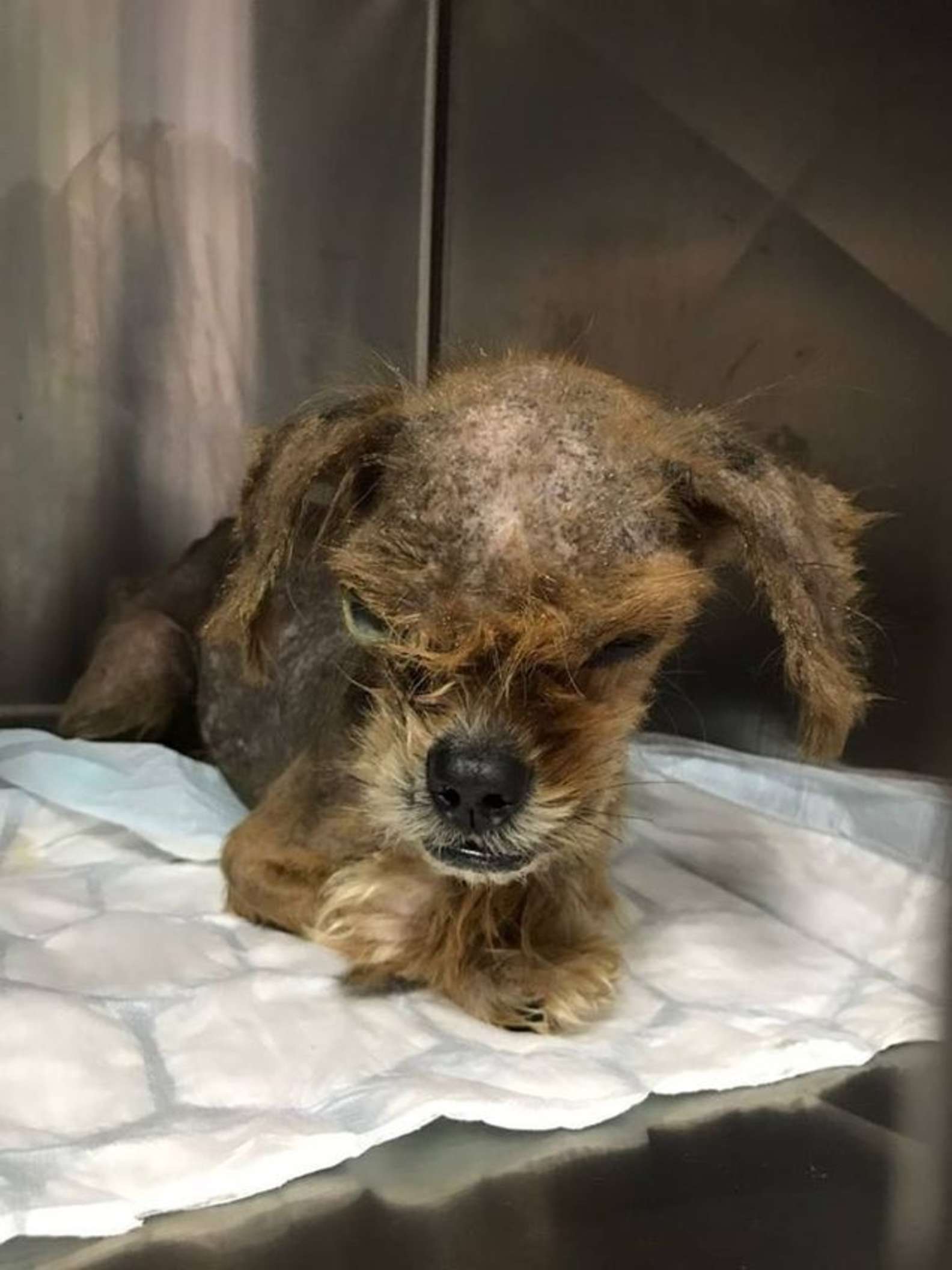 Soon, however, little Frodo proved to everyone that he’s a fighter. 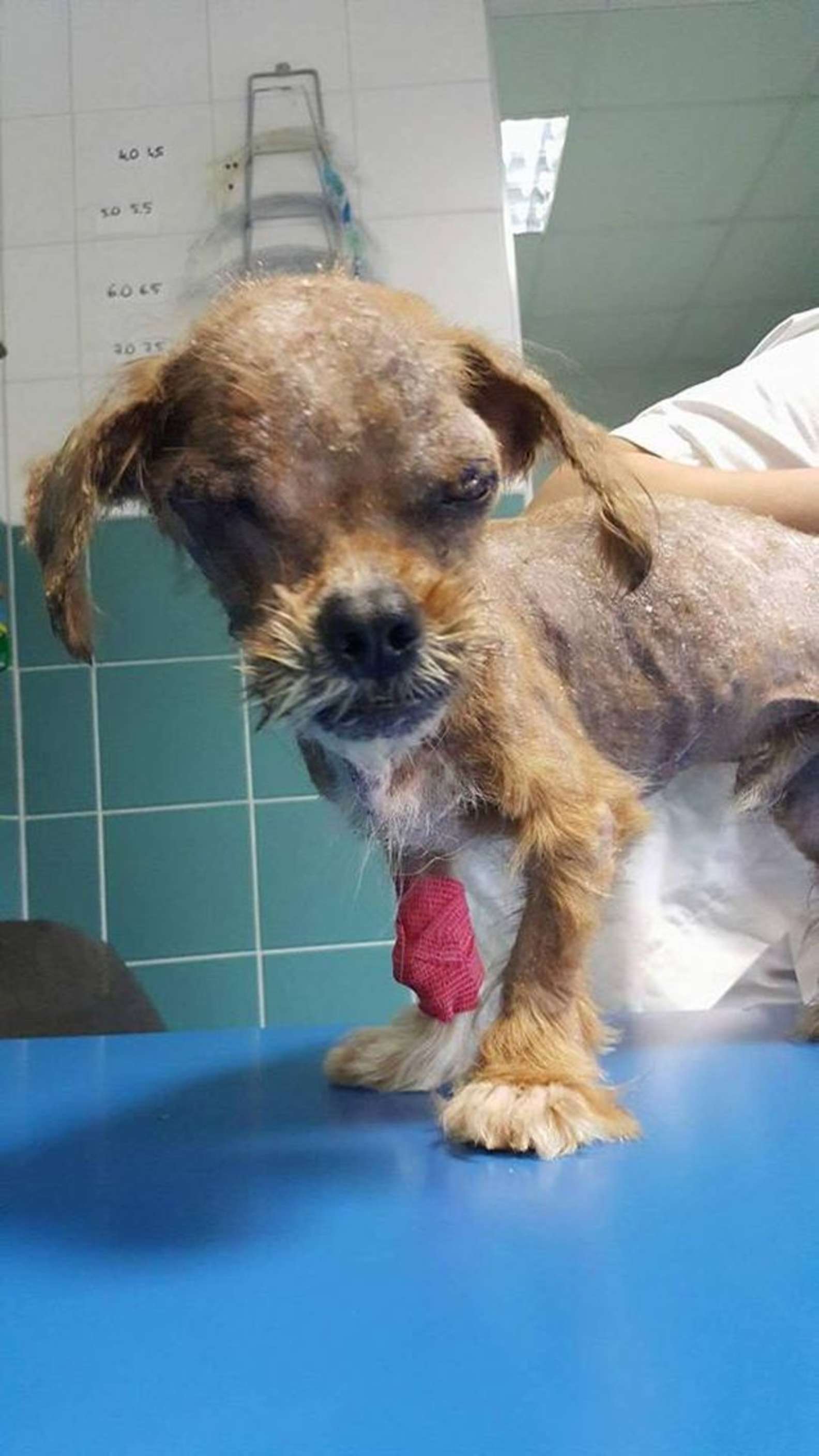 In the weeks and months that followed, the dog began to recover and regain his strength. 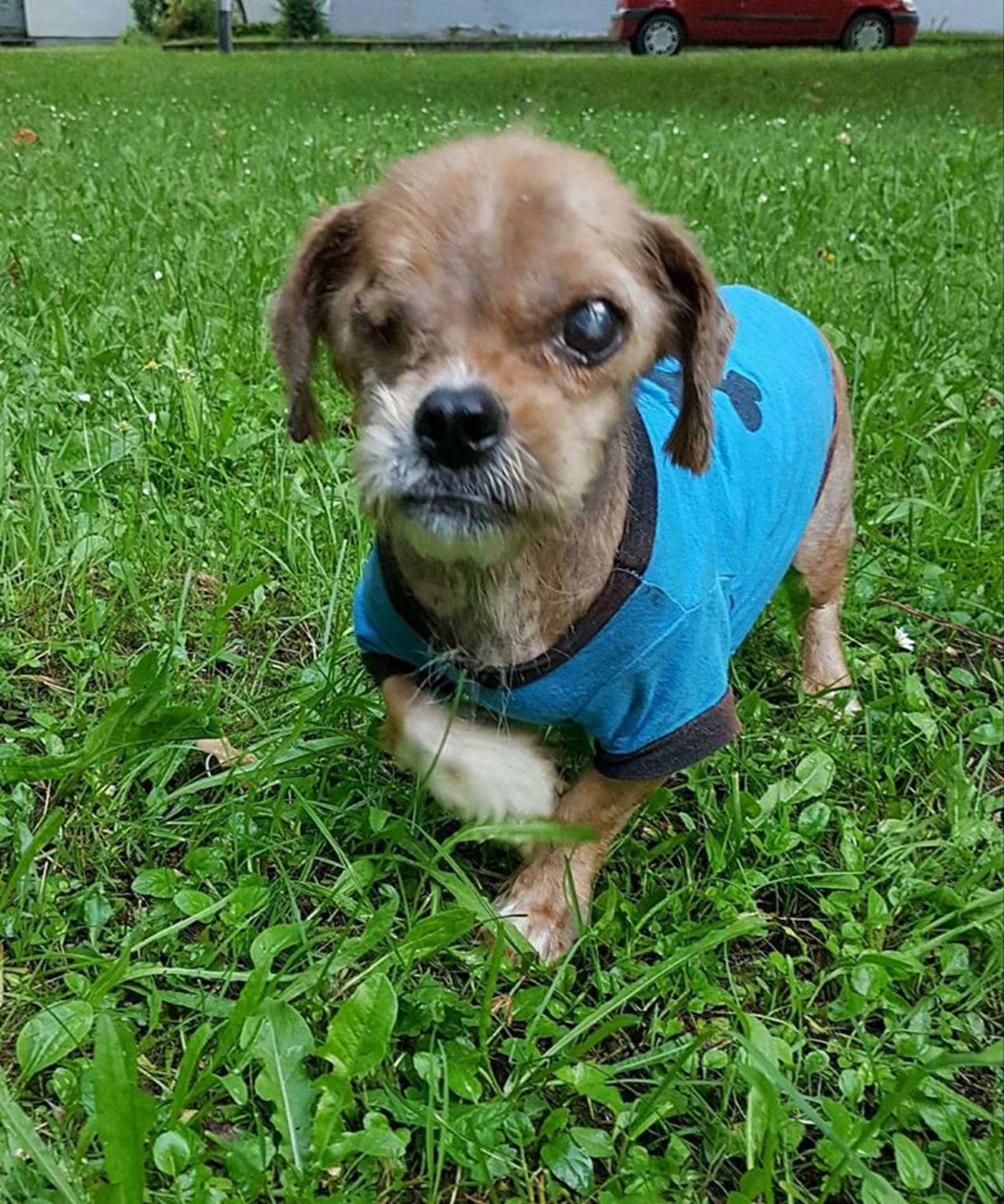 Slowly but surely, his dry, inflamed skin turned back to normal, and his red fur started to grow anew. 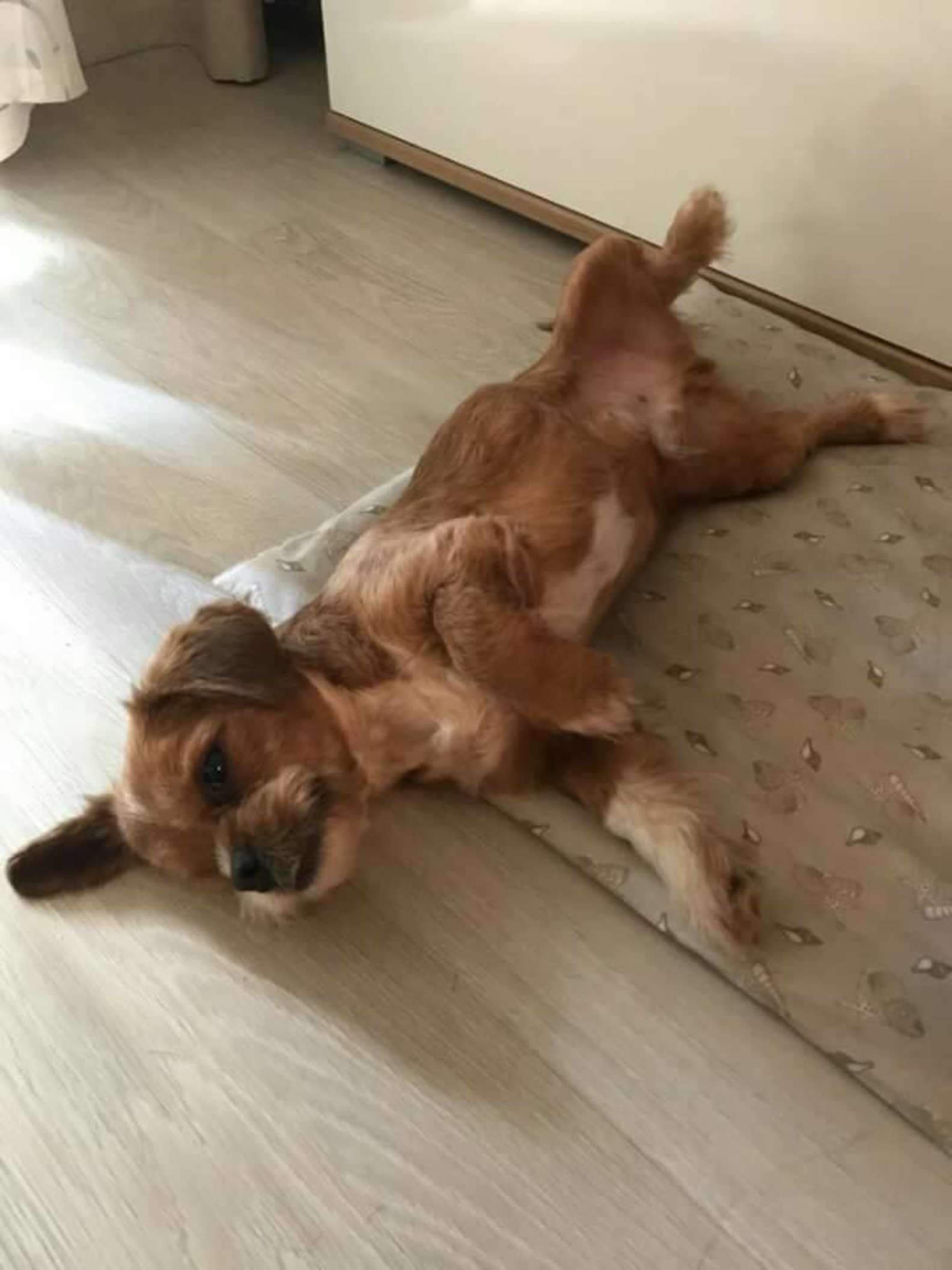 As the dog’s healthier body reemerged, so to did his sweet, lovable spirit.

Frodo’s days of sadness and pain were now behind him. 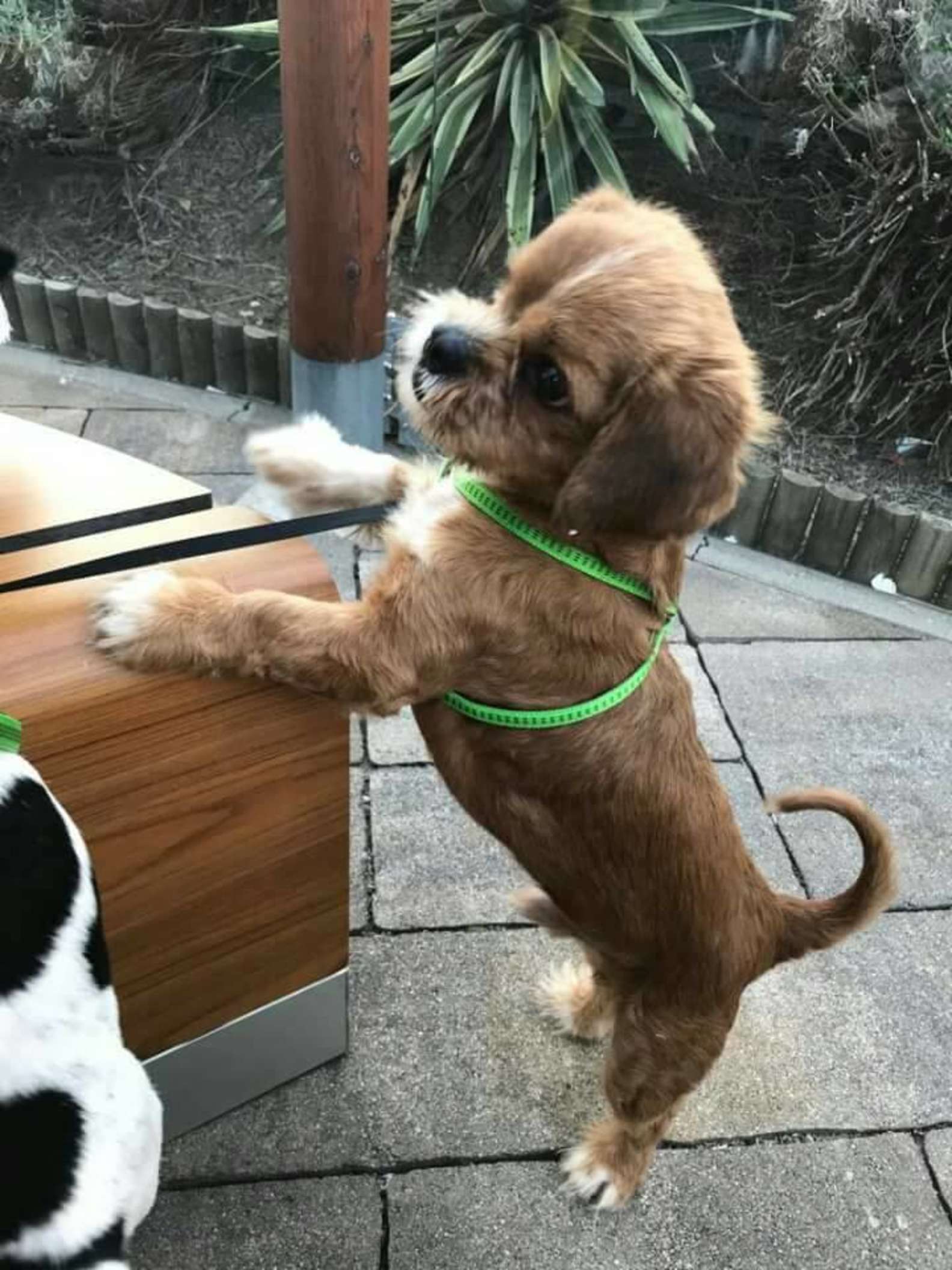 For Sigurnjak, seeing how far the dog had come in the months since she first rescued him was simply amazing. Frodo was finally himself.

“His transformation was phenomenal,” Sigurnjak said. “We never dreamt that he would be so beautiful.” 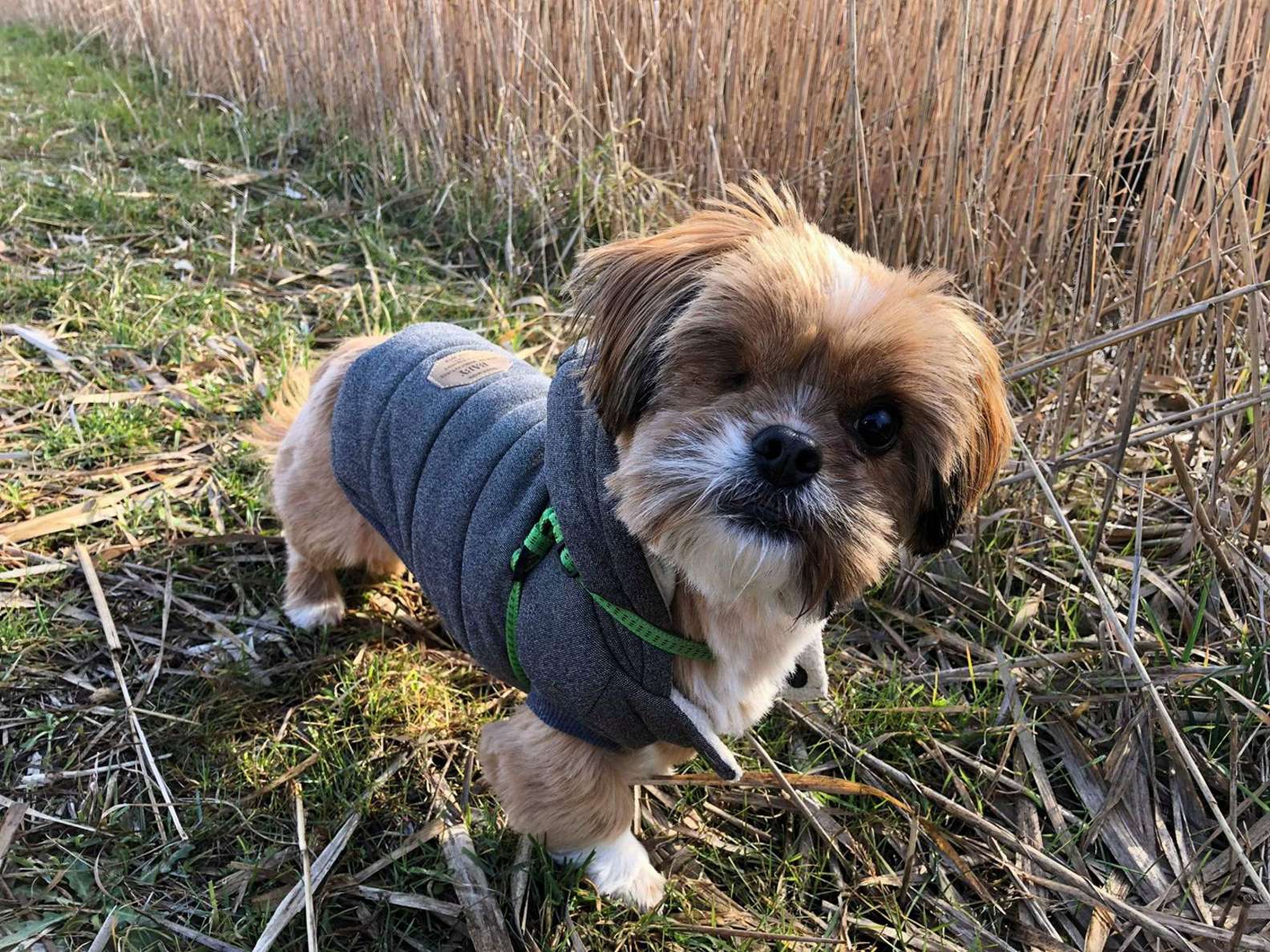 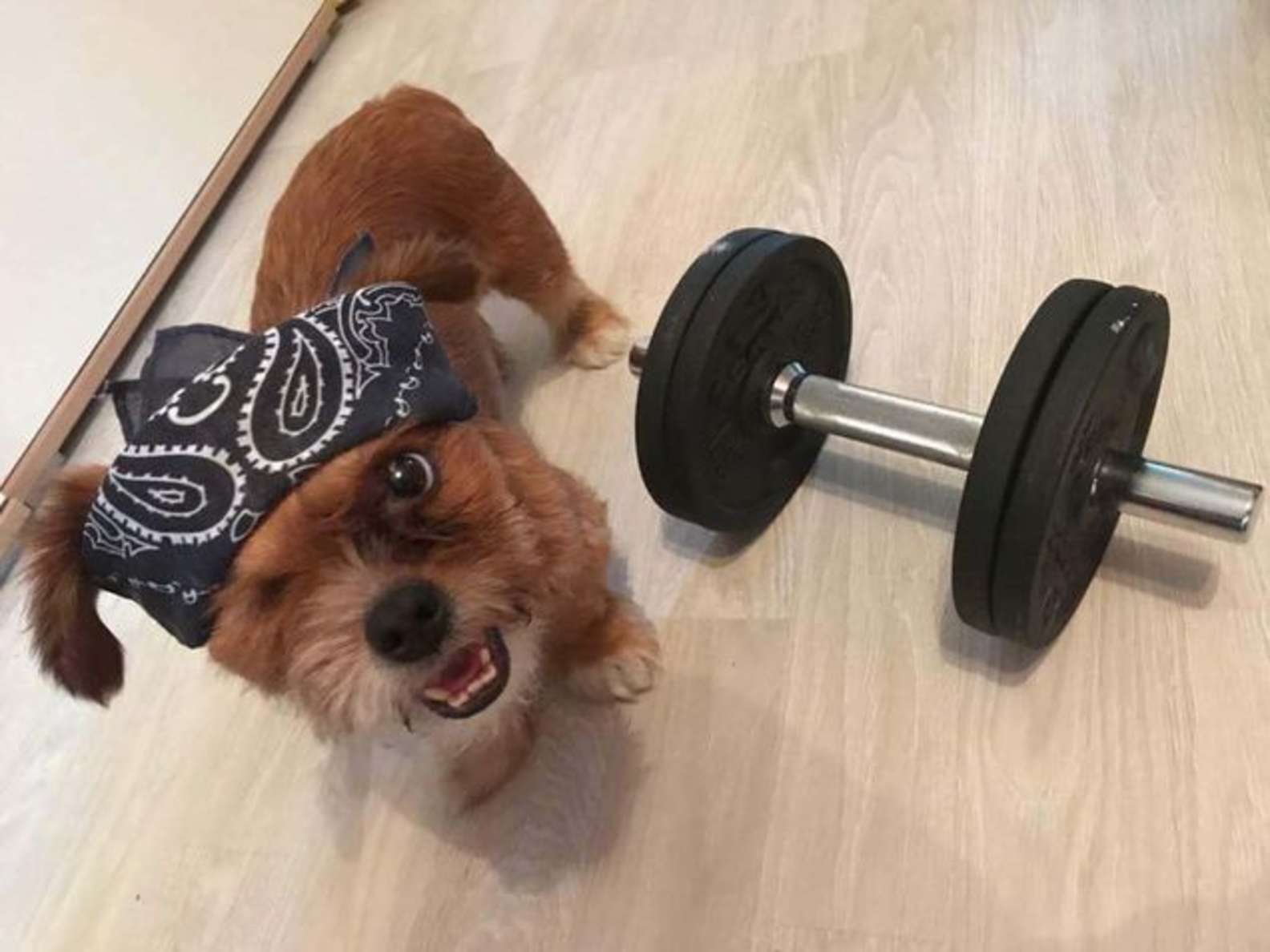 Indeed, being rescued changed Frodo’s life in an immeasurable way. Soon it would change for the better once more.

After his recovery, Frodo was made available for adoption — and, before long, he found his new family. 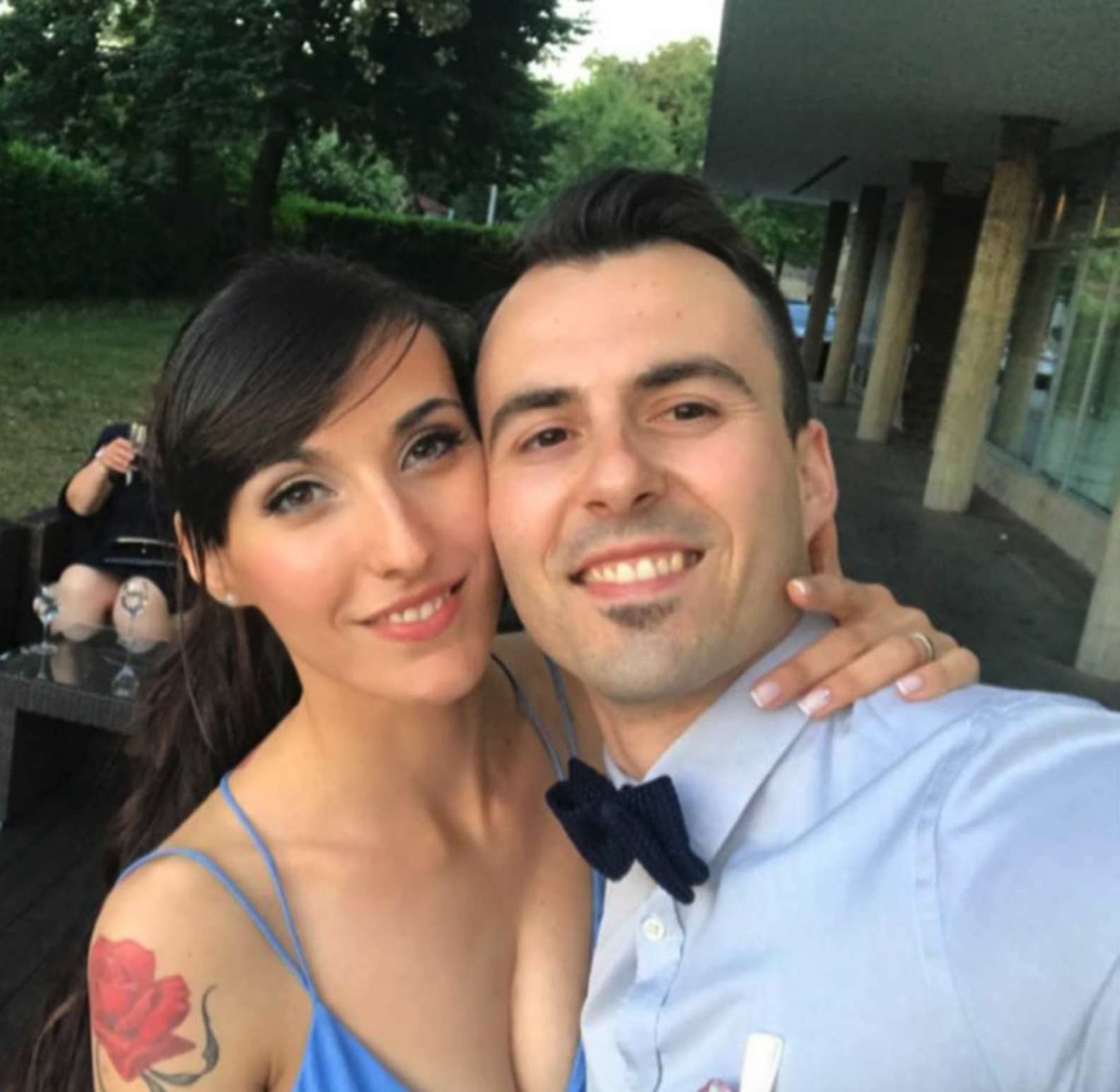 When Marko Duspara and his wife saw Frodo’s photo online and read about his story, they fell in love immediately.

“I honestly can’t imagine what happened to him back then. I am thankful to everyone who helped him be saved,” Duspara told The Dodo. “He is now a happy dog that knows he is loved and that if he plays his cards right he will get whatever he wants.” 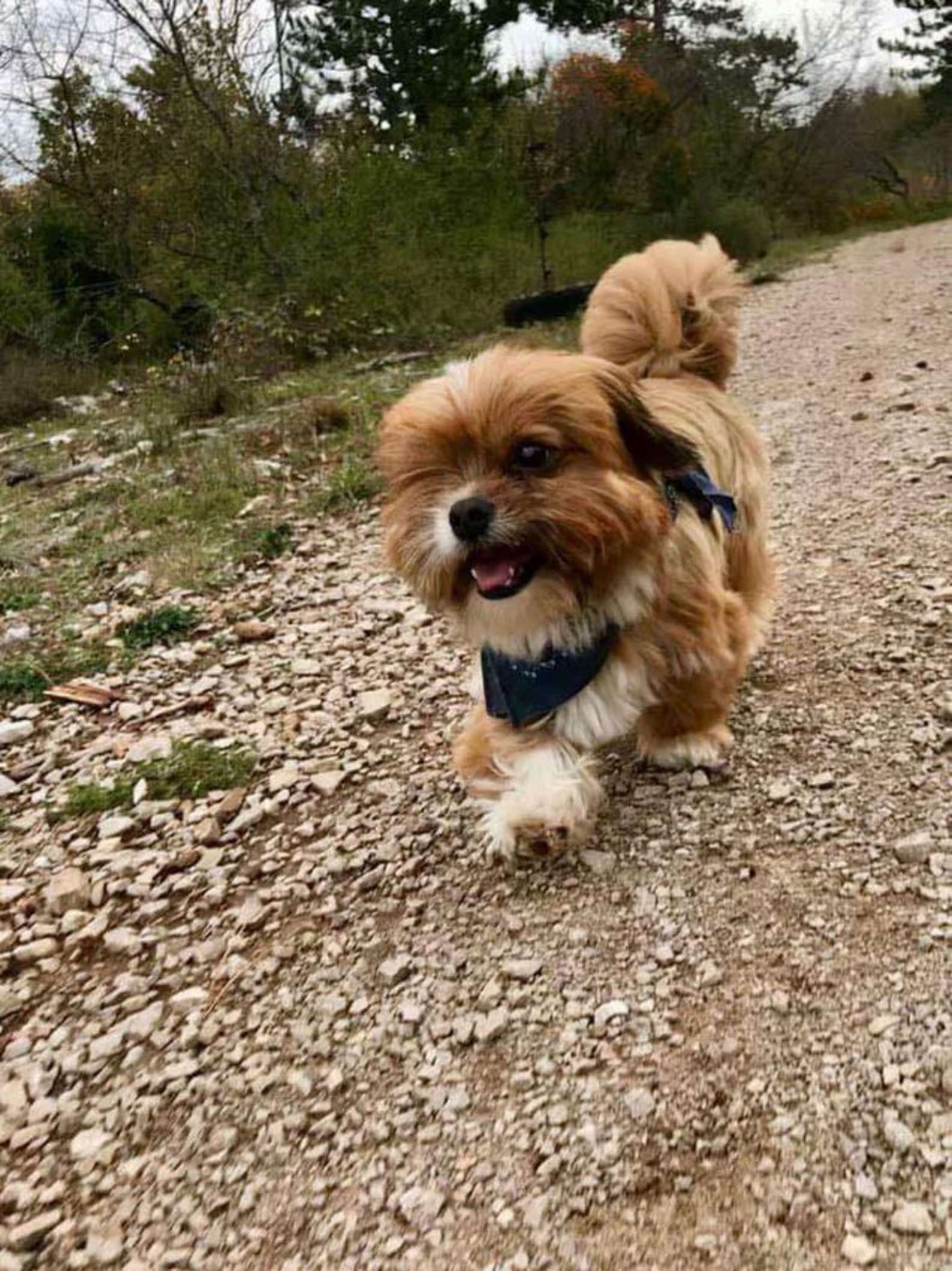 Frodo’s favorite activity these days? Running. (A fitting pastime for a pup with such an unstoppable spirit.)