One day, while spending a pleasant afternoon in a park in Amsterdam, Max Lukas spotted someone else who was enjoying the place even more.

It was a dog — and she was none too eager for a change of scene. 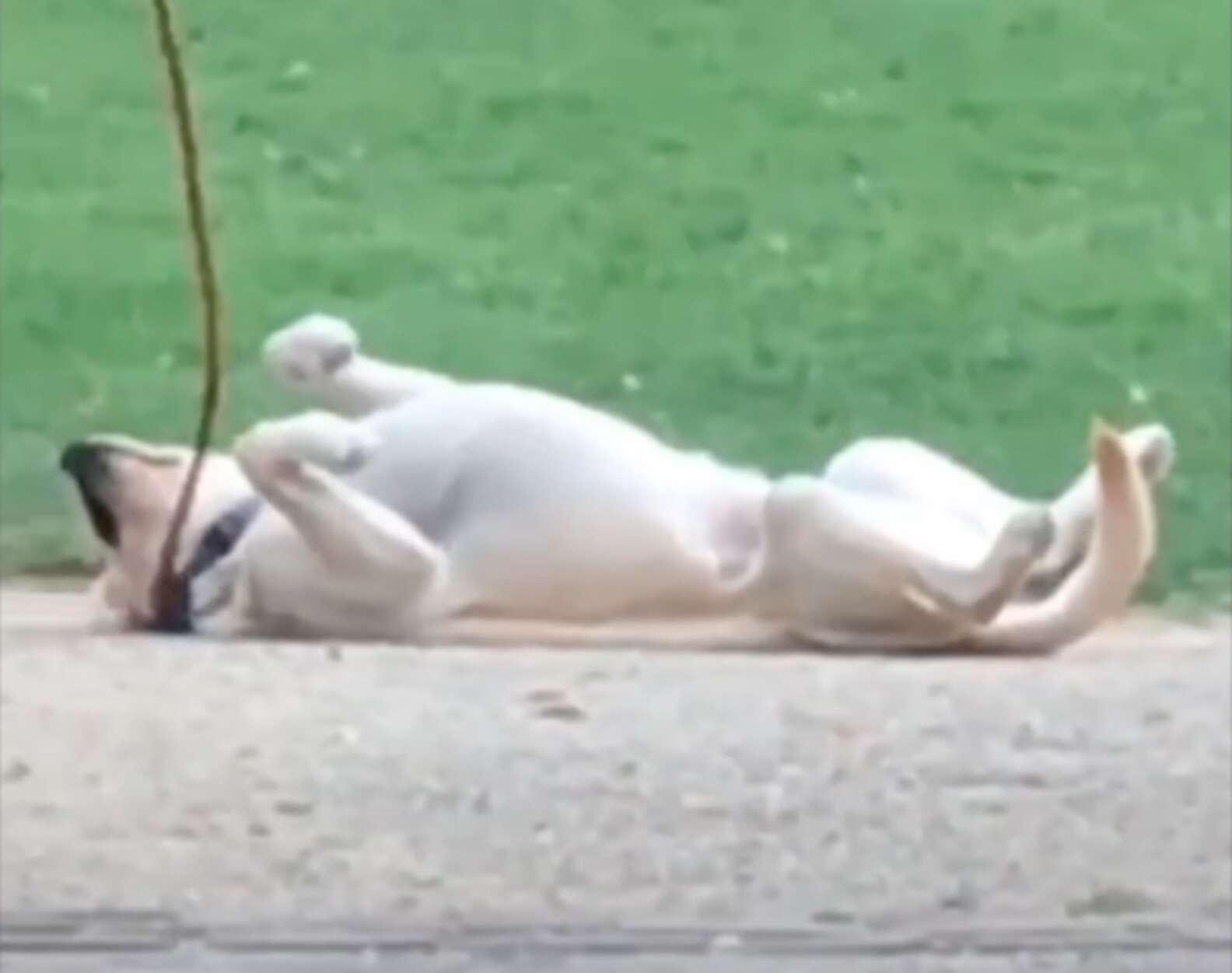 Lukas was sitting with some friends when they noticed an older woman a short ways away appearing somewhat frustrated. And for good reason. Turns out, she was in the midst of an adorable little standoff with a smaller, uncooperative companion.

“I thought she was struggling with a toddler at first,” Lukas told The Dodo. “But it turned out to be a large dog who was refusing to walk.”

The dog’s owner had apparently decided it was time to head home from the park — so, the pup got creative in order to prevent that.

After a while, the woman had no choice but to give in to her companion’s demands for more time at the park. The clever pup’s plan had worked — and before long, she sprang back to life.

“The dog eventually ran away when she unclipped his lead, which was really funny,” he said, adding about the pup’s performance: “I filmed it because I thought it was something that nobody would believe me if I told them about it.”