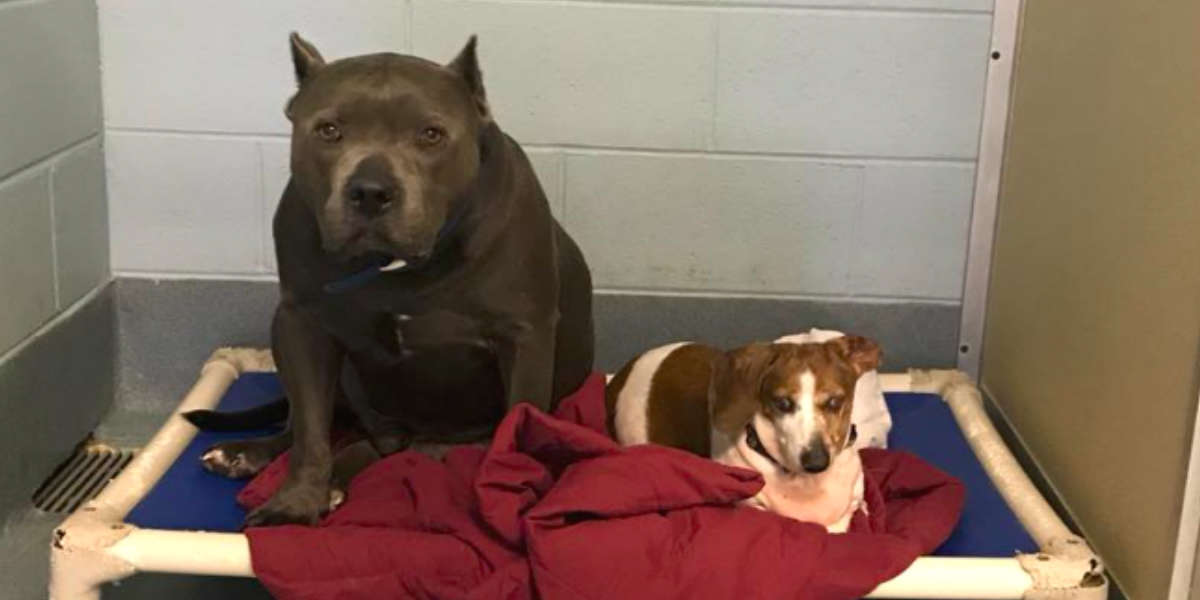 Late last week, Blue Dozer the pit bull was surrendered to Richmond Animal Care and Control (RACC) — and right behind him was his best friend in the world, a tiny, blind senior dachshund named OJ.

Six-year-old Blue and 12-year-old OJ had been friends for the past four years, but recently their owner had become homeless and was unable to care for them. She made the tough decision to bring them to the shelter, under one condition: They needed to stay together.

“She said they had been living in her car for a while and she had been through some other personal things recently,” Christie Chipps Peters, director of RACC, told The Dodo. “All she wanted was to find them a new home together.” 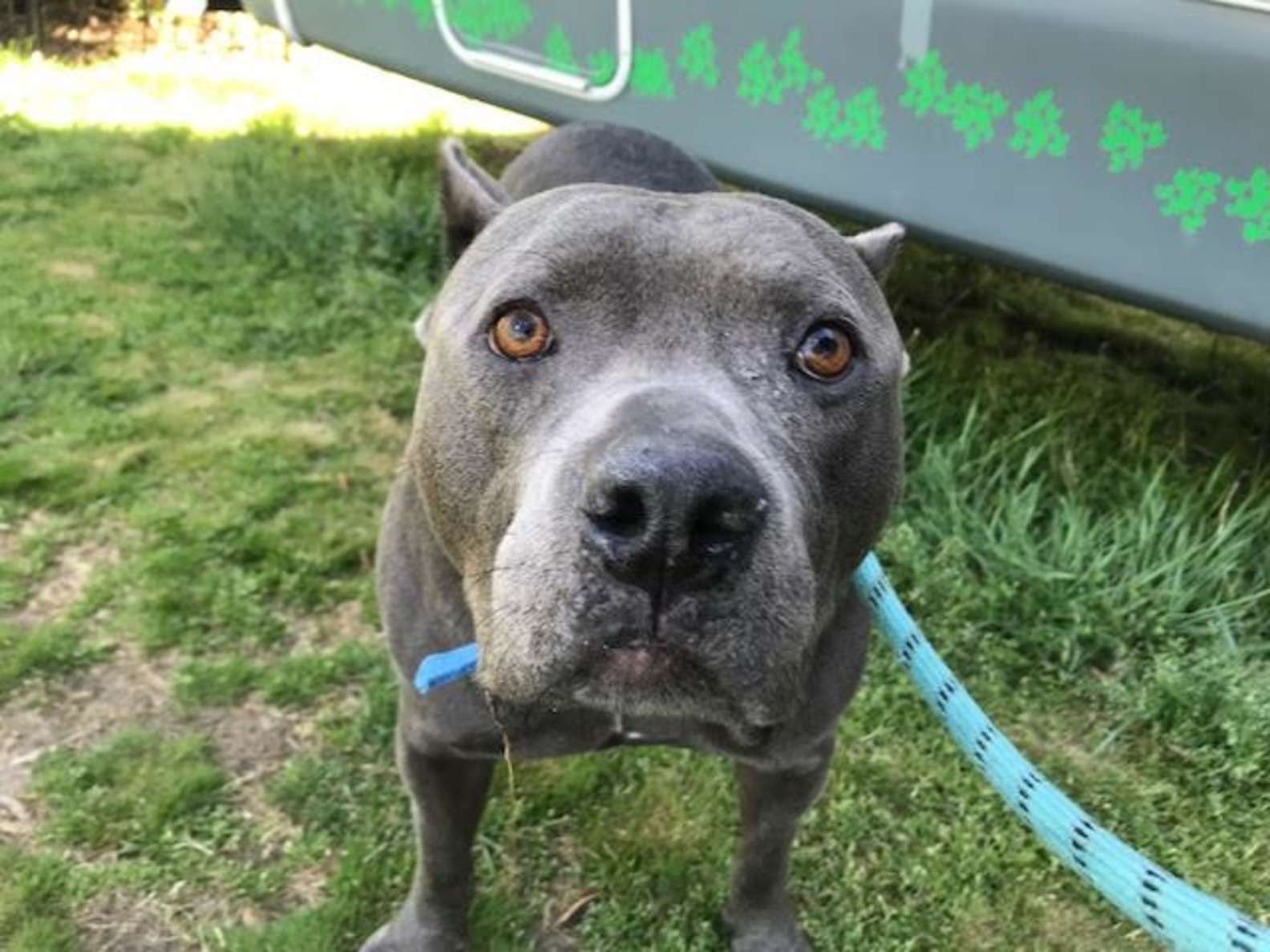 It was important they stayed together because Blue isn’t only OJ’s best friend — he’s also his seeing eye dog. OJ is almost completely blind and can only see shadows, so he depends on Blue each day to help find his way around.

And Blue is more than happy to help.

Seeing how adorable — and inseparable — the bonded pair was, Peters knew instantly it wouldn’t be long until the phones started ringing off the hook from potential adopters. They were a little anxious at first, but soon little OJ and Blue settled right into the shelter as if they were on vacation.

“We don’t see a combination like this very often,” Peters said with a laugh. “It’s so comical and sweet. Blue is like this super tough muscular guy, then OJ is a teeny tiny dachshund. Seeing them together is super cute.”

Right away, it was clear to Peters just how much they depend on one another. Even during playtime, Blue never strayed far from OJ. 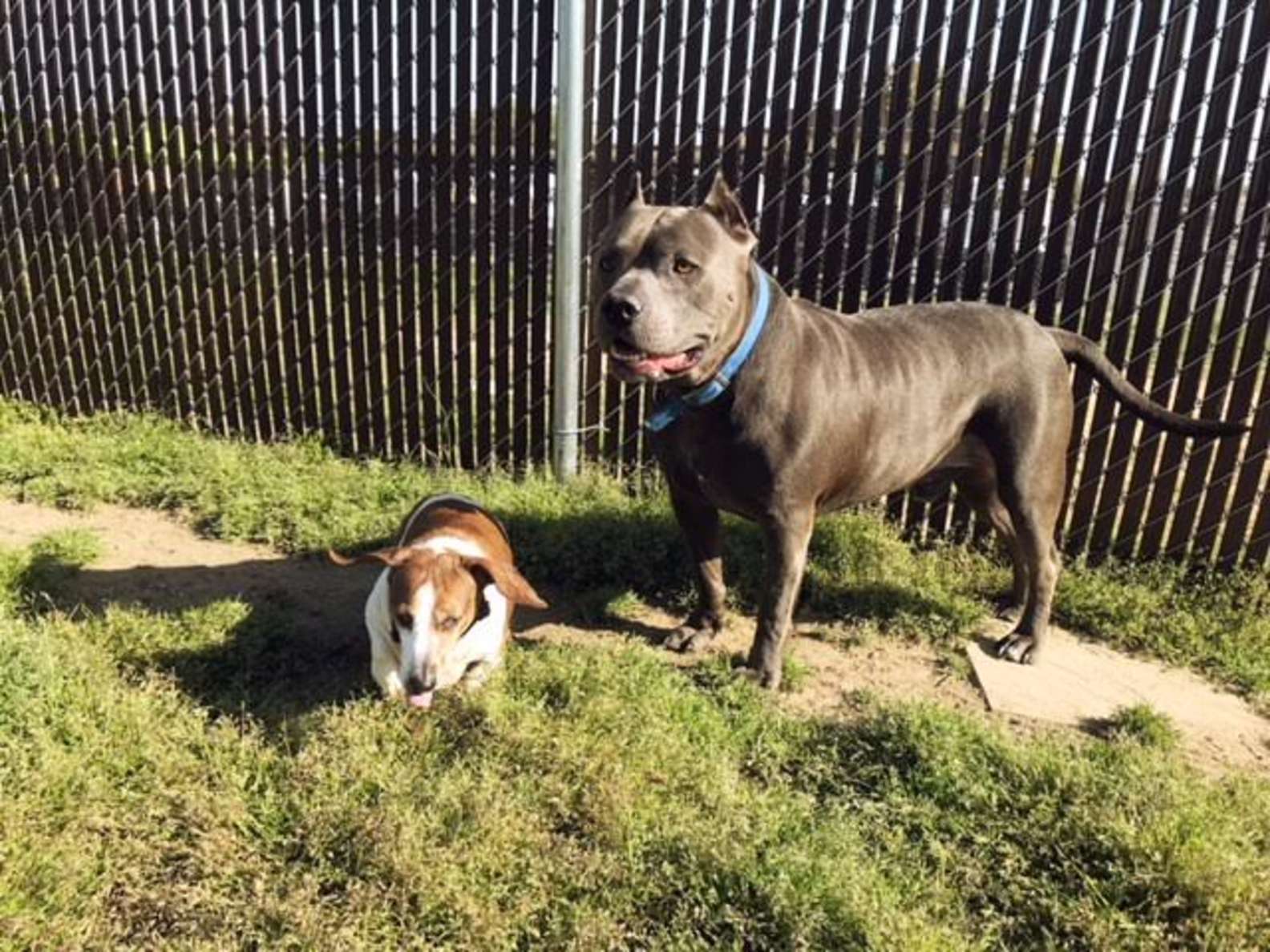 “They’ve been pals for at least four years, so they have this understanding of sticking by each other,” Peters said. “When we’d go outside, it was like OJ was Blue’s little shadow.”

After being in the shelter for just two days, a family from nearly two hours away drove in to meet the pair. Everyone hit it off right away — and the adoption was finalized soon after.

But after going home with their new owner, the unthinkable happened: Little OJ was found wandering on the side of the road alone, presumably dumped by the person who had just agreed to care for him. 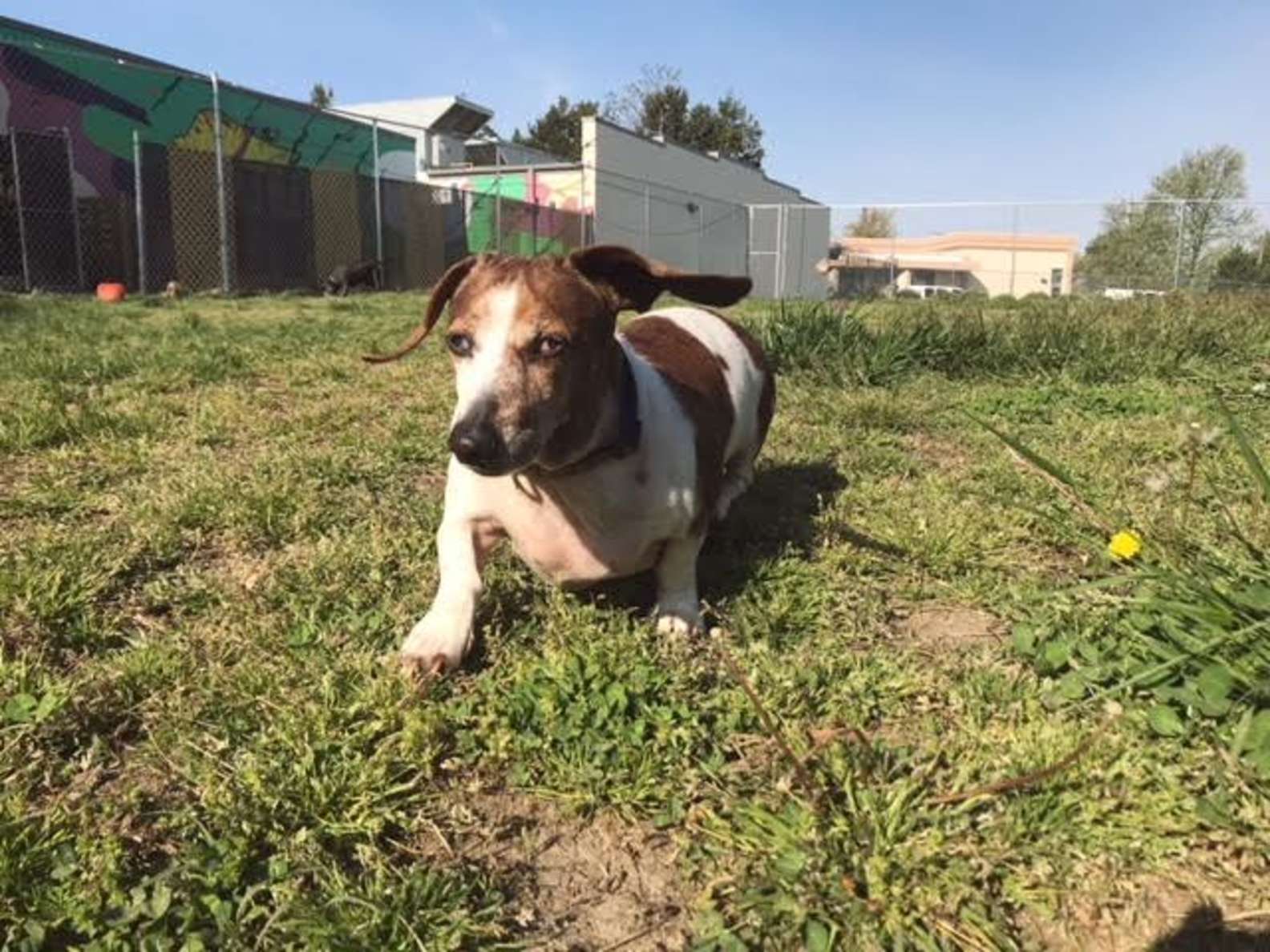 Luckily, a man driving spotted OJ and brought him to the Shenandoah Valley Animal Services Center. His new microchip led him back to the RACC staff — who then launched into action to get Blue back from the adopter, as well.

She eventually surrendered him, and now both dogs are back with RACC. 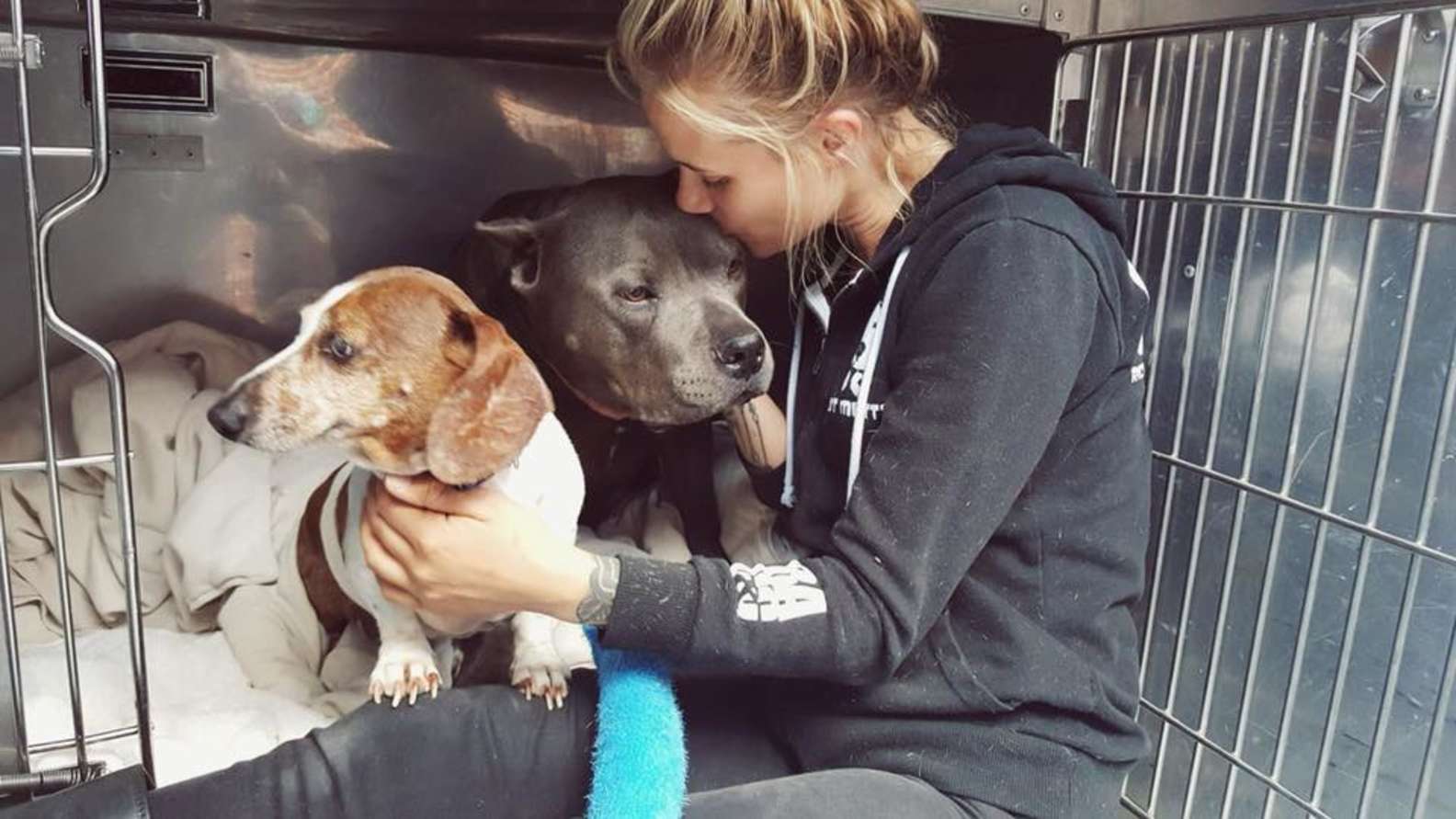 While the shelter completes screenings on all potential adopters, there are still unfortunate cases where adopters don’t hold to their rescue agreements. The RACC staff said in a statement Wednesday night that they are fortunate the dogs are safely back at each other’s sides.

“We very much appreciate the outpouring of community support,” RACC said. “The only thing that matters is these sweet dogs get to stay together — and in the end that’s what we have … We will not be doing anything with OJ and Blue Dozer in the next few days other than snuggling them together.” 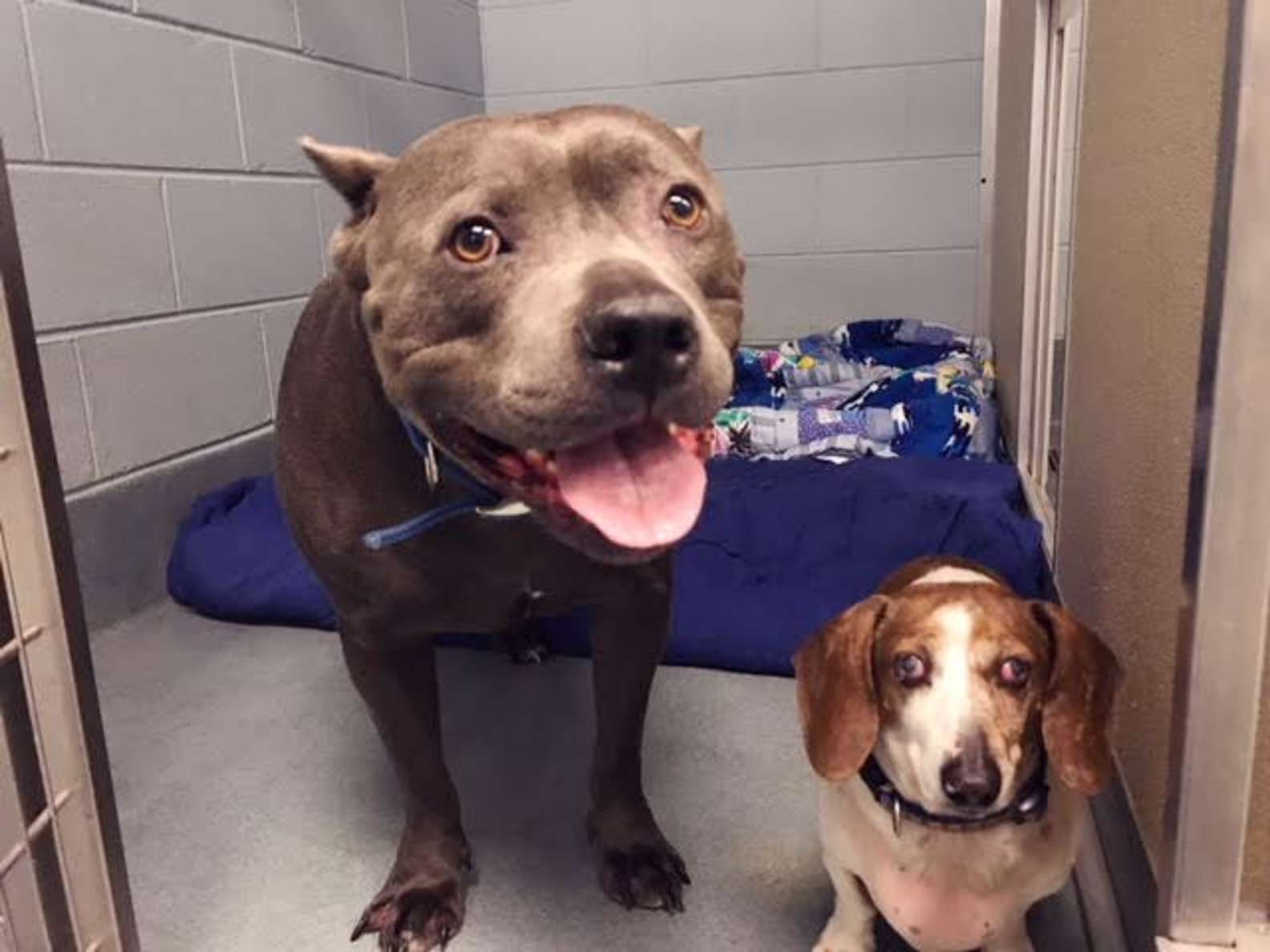 While Blue and OJ don’t have their fairytale ending just yet, one thing is certain: Having a good friend at your side makes all the difference.