Valia Orfanidou was driving down a country road in rural Greece when a small black and white puppy jumped out of the bushes and started running behind her car.

Watching him in the rearview mirror, Orfanidou could tell the little dog was intent on following her. 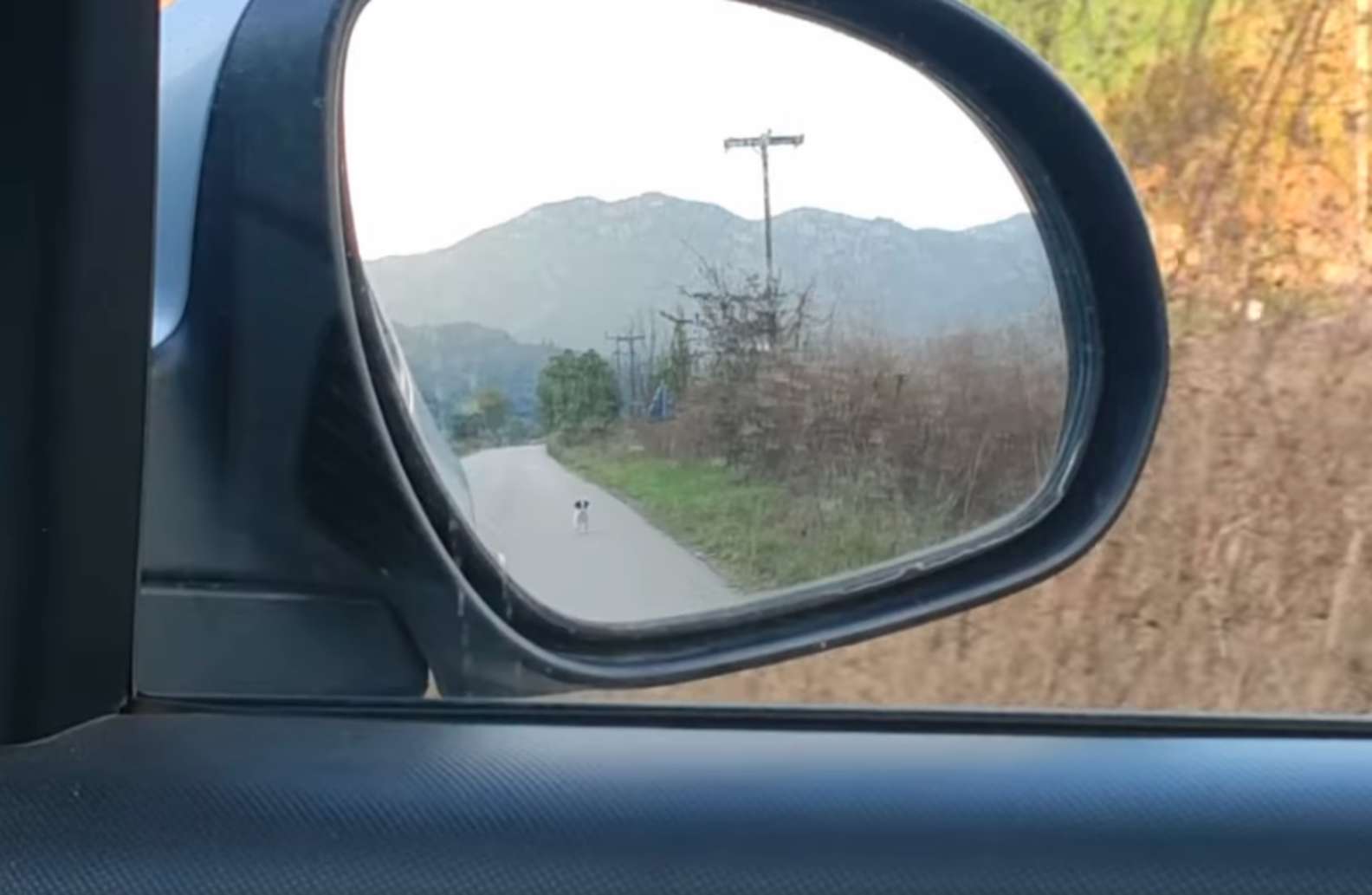 “My thoughts were, ‘Oh no, another one,’” Orfanidou told The Dodo. “Greece has about 3 to 5 million stray dogs. The streets here are like an open-admission shelter — anyone who doesn’t want their dog anymore dumps him on the streets, there is no other option.”

Orfanidou fosters and rescues dogs in Greece and details the experience on her blog The Orphan Pet. She knew she couldn’t leave the defenseless shepherd mix out in the middle of nowhere, so she stopped her car and tried to coax him inside. 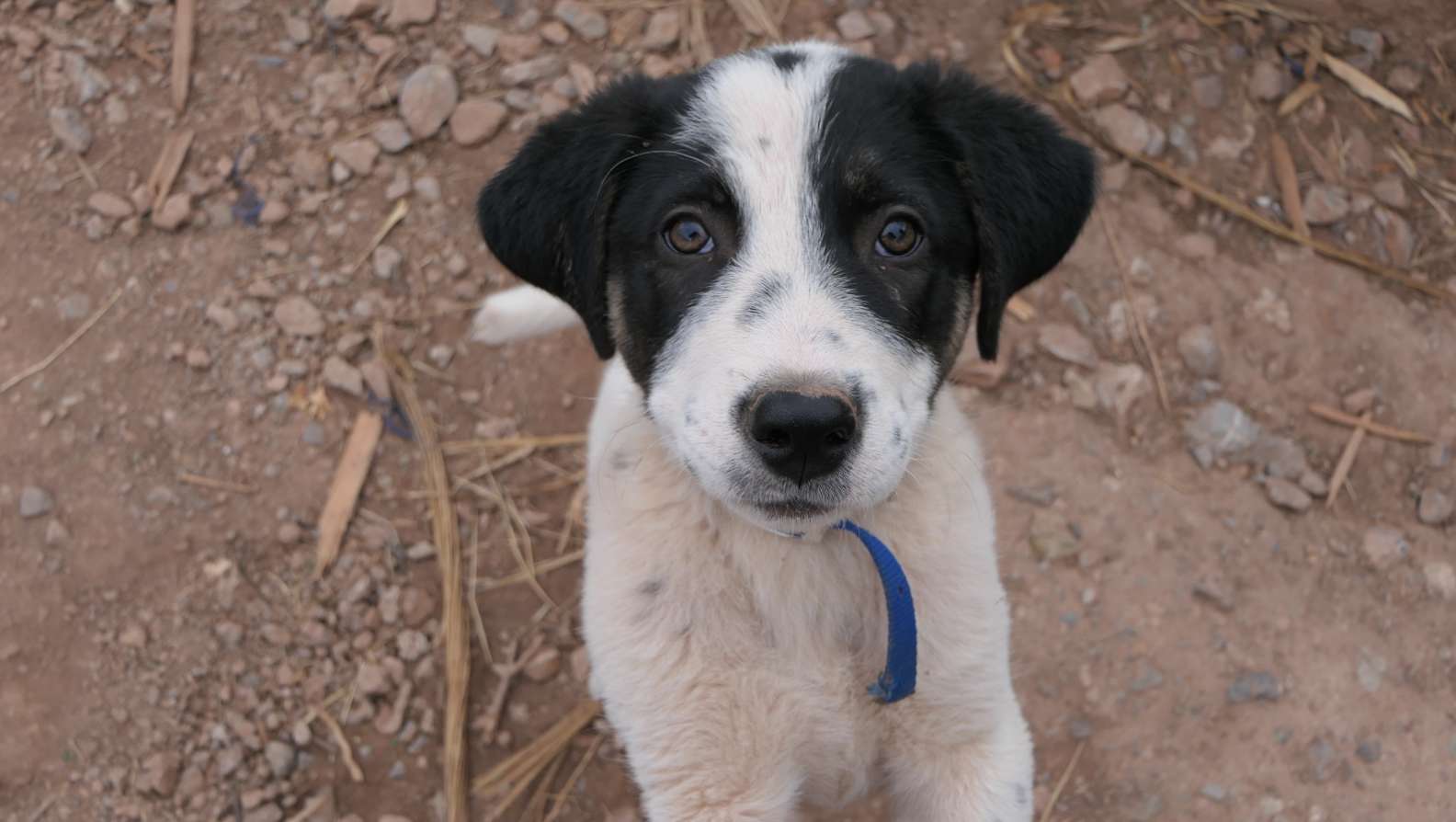 “When I stopped, he hid under the wheels of the car,” Orfanidou said. “Every time I approached he would hide, and when I moved back a few steps he’d come out of hiding and bark at me as if he was trying to say something.” 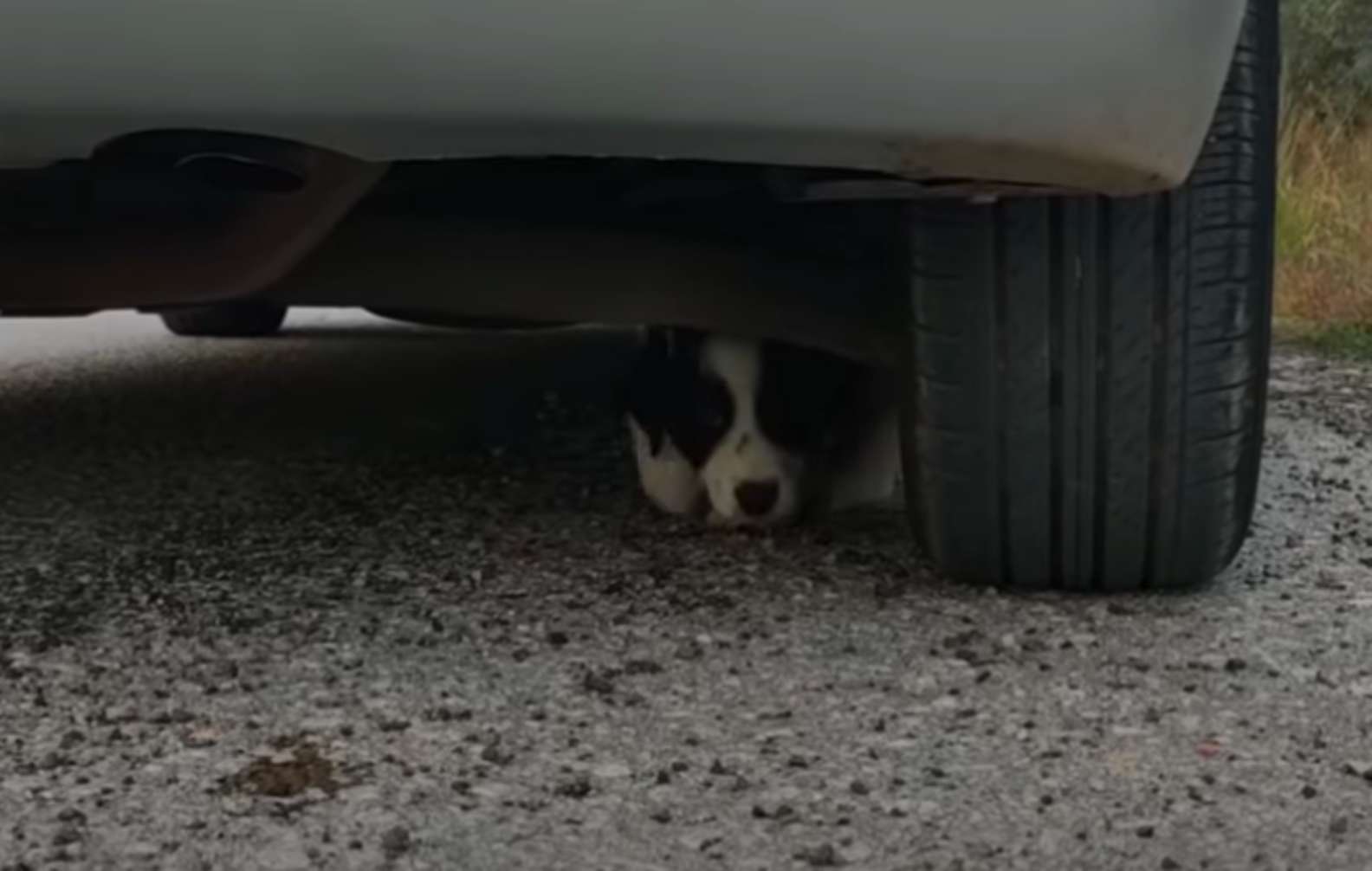 After about 10 minutes of playing hide-and-seek with the puppy, she was able to grab him and place him in the backseat of the car, where he started wagging his tail happily.

Orfanidou brought him to a veterinarian for a checkup, and though the puppy had been surviving on whatever food he could find on the streets, he was surprisingly healthy.

Now in a loving foster home in Athens, the puppy, now named Bandit, is growing quickly with the proper care.

“He is independent and strong-minded,” Orfanidou said. “[But] very loyal and lives to learn.” 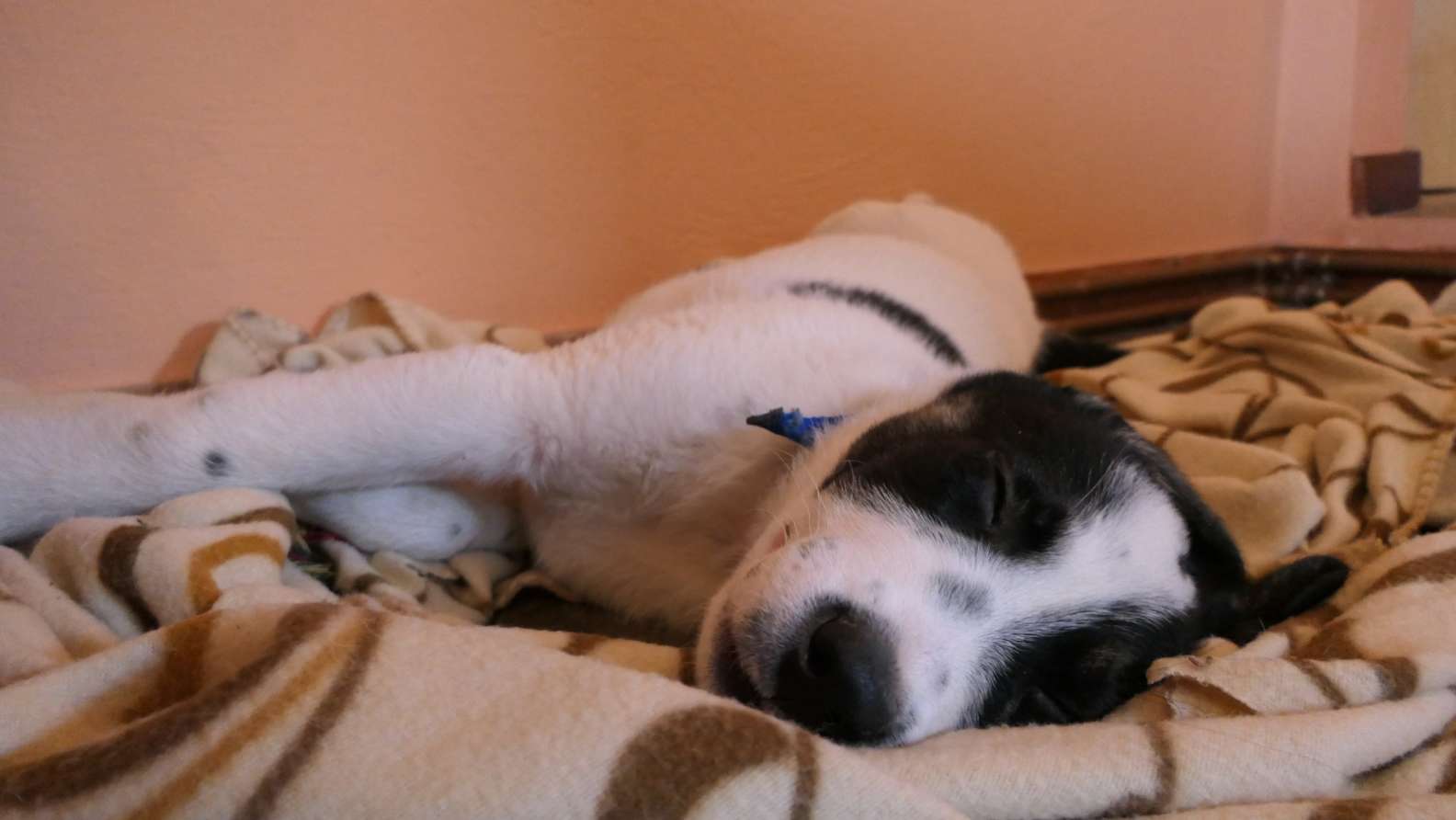 And soon, with the help of Second Chance Animal Rescue Society, he will find a forever family who will give him the love and attention he so deserves.