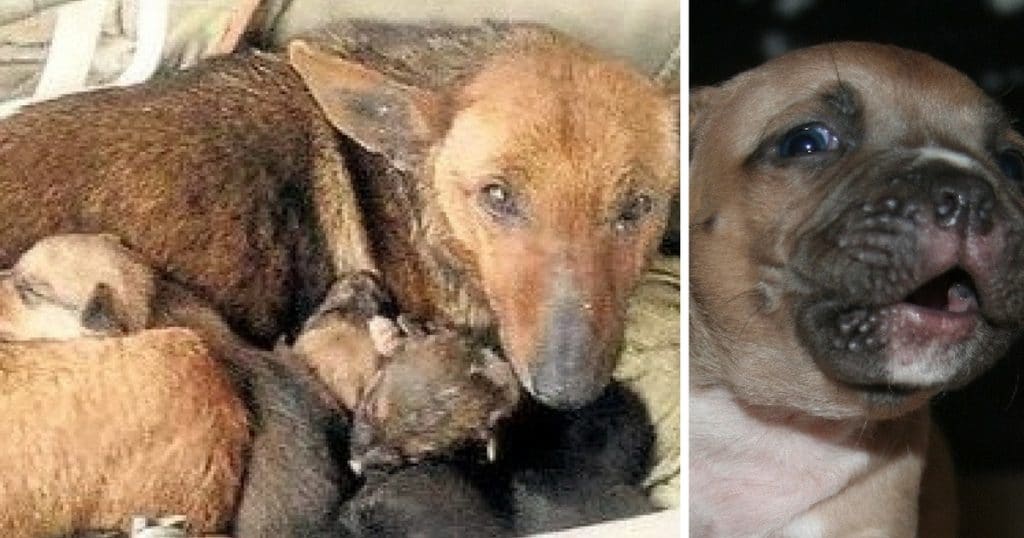 We all recognize the term “animal rescue.” The words have been in the headlines a lot recently with the flooding, storms, and fires endangering the lives of so many around the US.

Sometimes animals need rescuing simply because they’ve gotten themselves into a predicament and need someone with opposable thumbs to get them out of it.

Animal rescue meant something very different to a tiny month-old baby that was abandoned by his mother somewhere on the streets of Argentina. It was a bitter-cold night and he didn’t have much of a chance of survival.

That is until someone came to his rescue. And his rescuer came in a form you might never expect!

This time it wasn’t a human that was rescuing an animal from an uncertain fate, but an animal that was actually doing the rescuing. Proving that maternal instincts definitely cross a species barrier, a stray dog named Way saved the baby’s life that cold winter night.

Way had given birth herself recently. When she was out foraging for food to keep up her strength to keep her babies fed she happened to hear the cries of the abandoned child.

Her maternal instincts, already in full swing, kicked into full gear and she went into savior mode. She brought her puppies to the child, then curled her body around all of them and kept them warm and well fed through the night.

In the morning light, local resident Alejandra Griffa heard the baby’s cries and searched until she found the nest the mother dog had made for her human and canine babies. Griffa immediately rushed the baby to the hospital.

Despite the bitter cold of the night, the baby suffered no ill effects. His 33-year-old mother was detained by authorities.

We hope that with the newfound fame brought about by the discovery of her generous and compassionate action the dog described in Argentinian media reports as being “just a dog” has found a home with someone who will realize what a treasure they have.

She definitely deserves the label of “someone’s pet.” We also hope her puppies fared as well as the human child, who reports say is thriving.