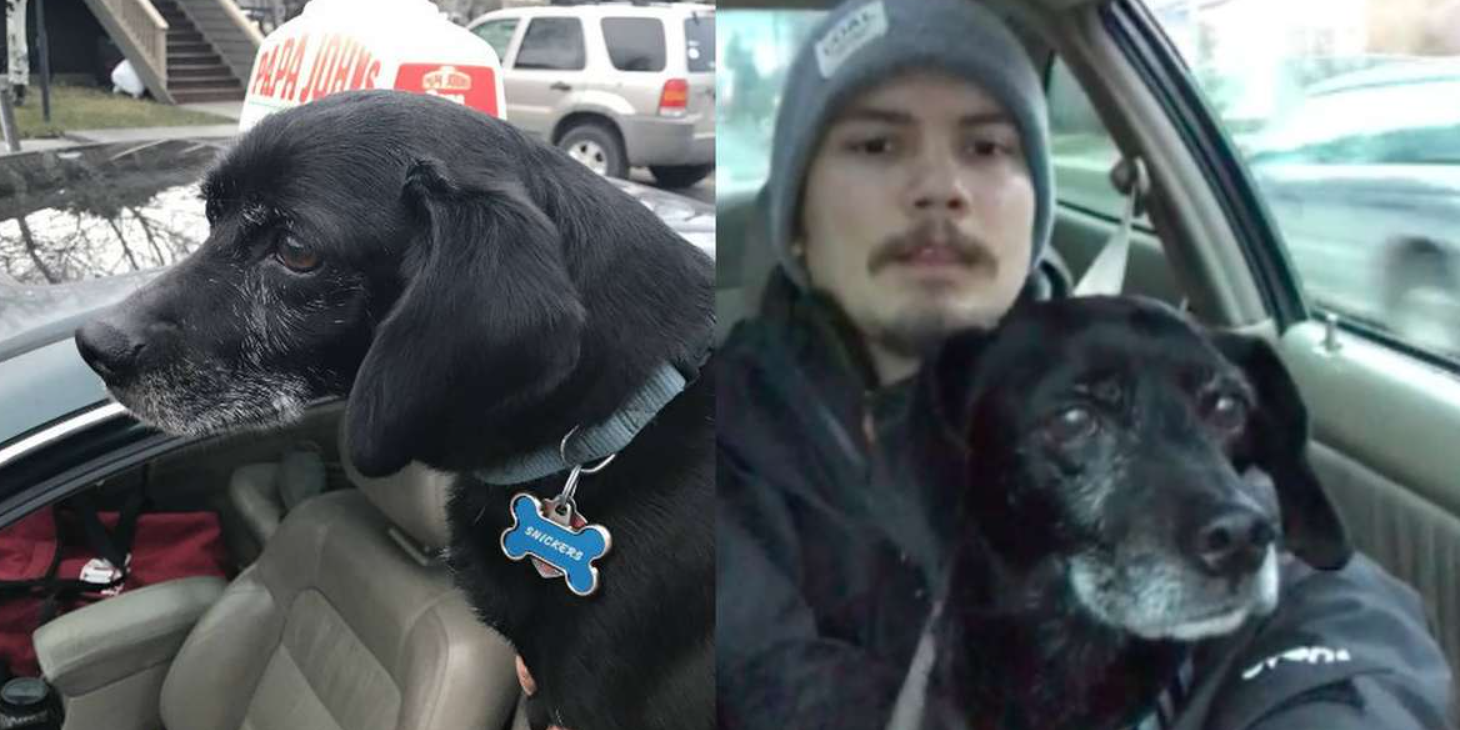 Steven Donovan was out delivering pizzas just like he does most days, when suddenly, he saw a tiny dog dart out into the middle of the busy street.

“I was about to turn onto a major road and I saw him run across the street,” Donovan told The Dodo. “I immediately turned around and went back. I couldn’t just leave the dog out there.” 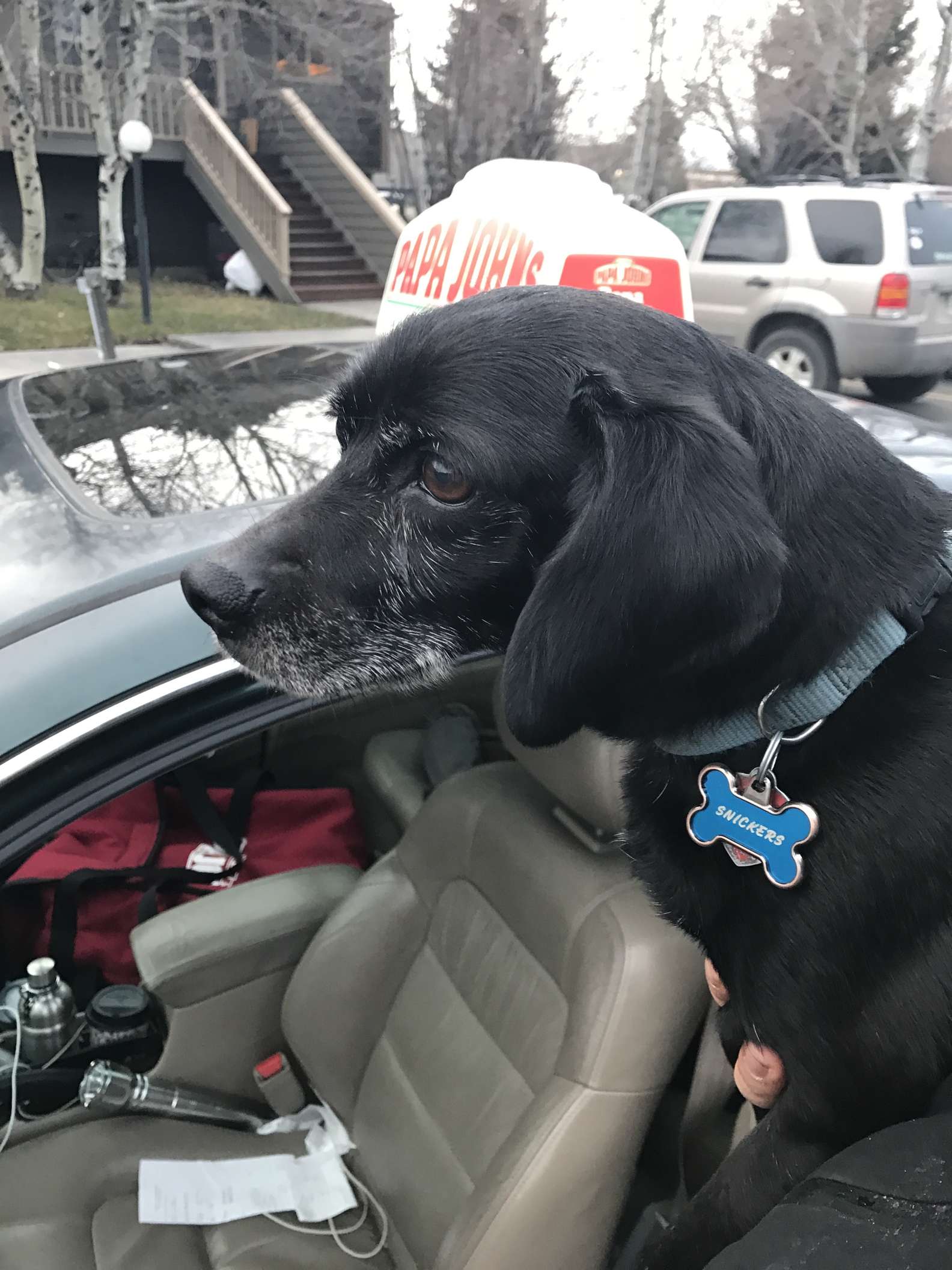 Donovan was able to track the little guy down, and quickly took him into his car so he would no longer be in danger of getting hit. His tag said his name was Mr. Snickers, and he lived a couple miles from where Donovan found him. He was determined to bring the little guy home safe and sound – but first, he had to deliver a pizza.

“The dog was really chill,” Donovan said. “He didn’t try and eat the pizza at all.” 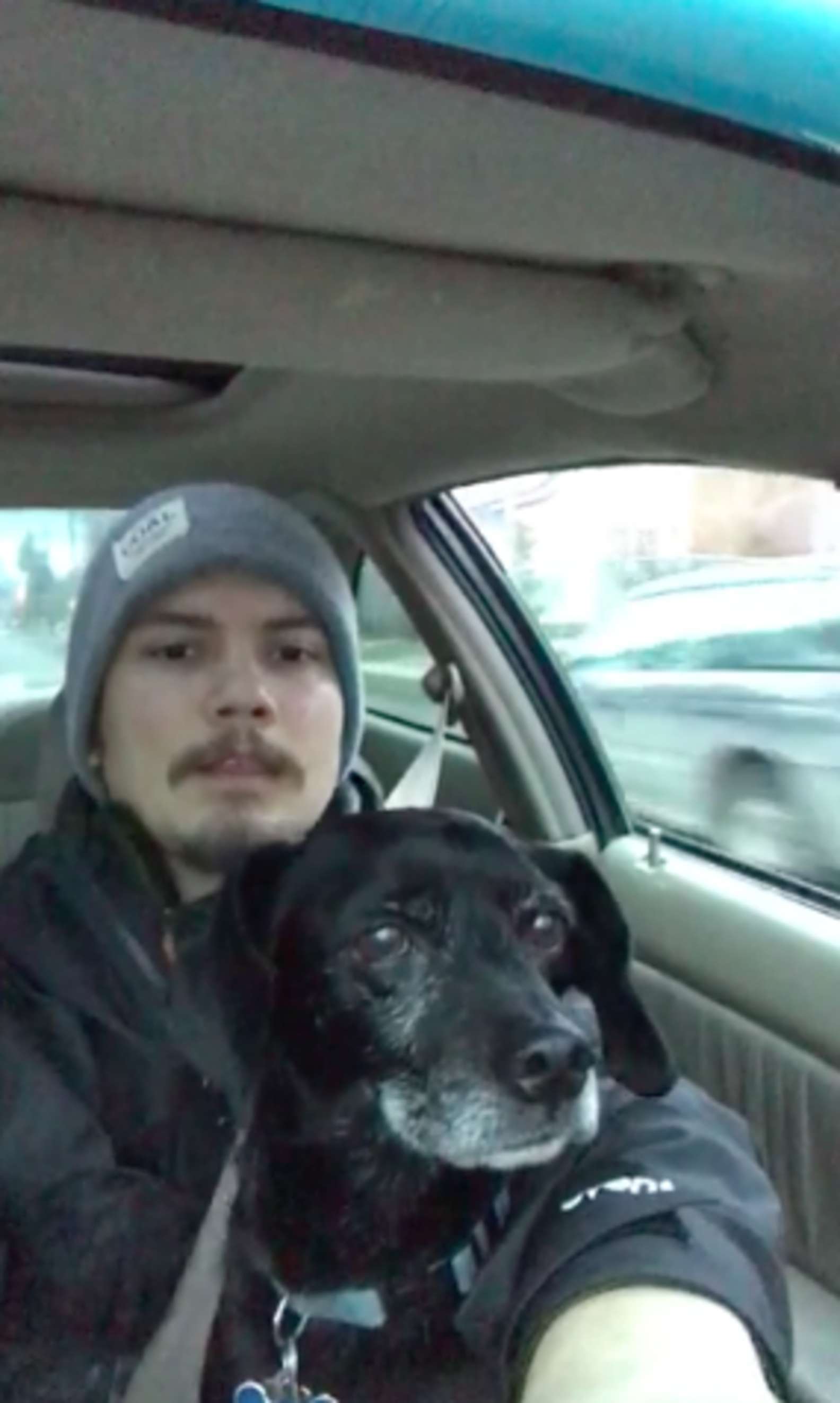 Donovan and Mr. Snickers drove to the delivery location, and Donovan quickly ran the pizza up to the house while Mr. Snickers waited in the car. He explained to the customers who had ordered the pizza why he was late and why he had to rush off again so quickly – and instead of being annoyed, they thought the whole thing was pretty adorable.

“I told them, ‘I’m sorry your pizza is late; I just had to rescue this dog first,'” Donovan said. 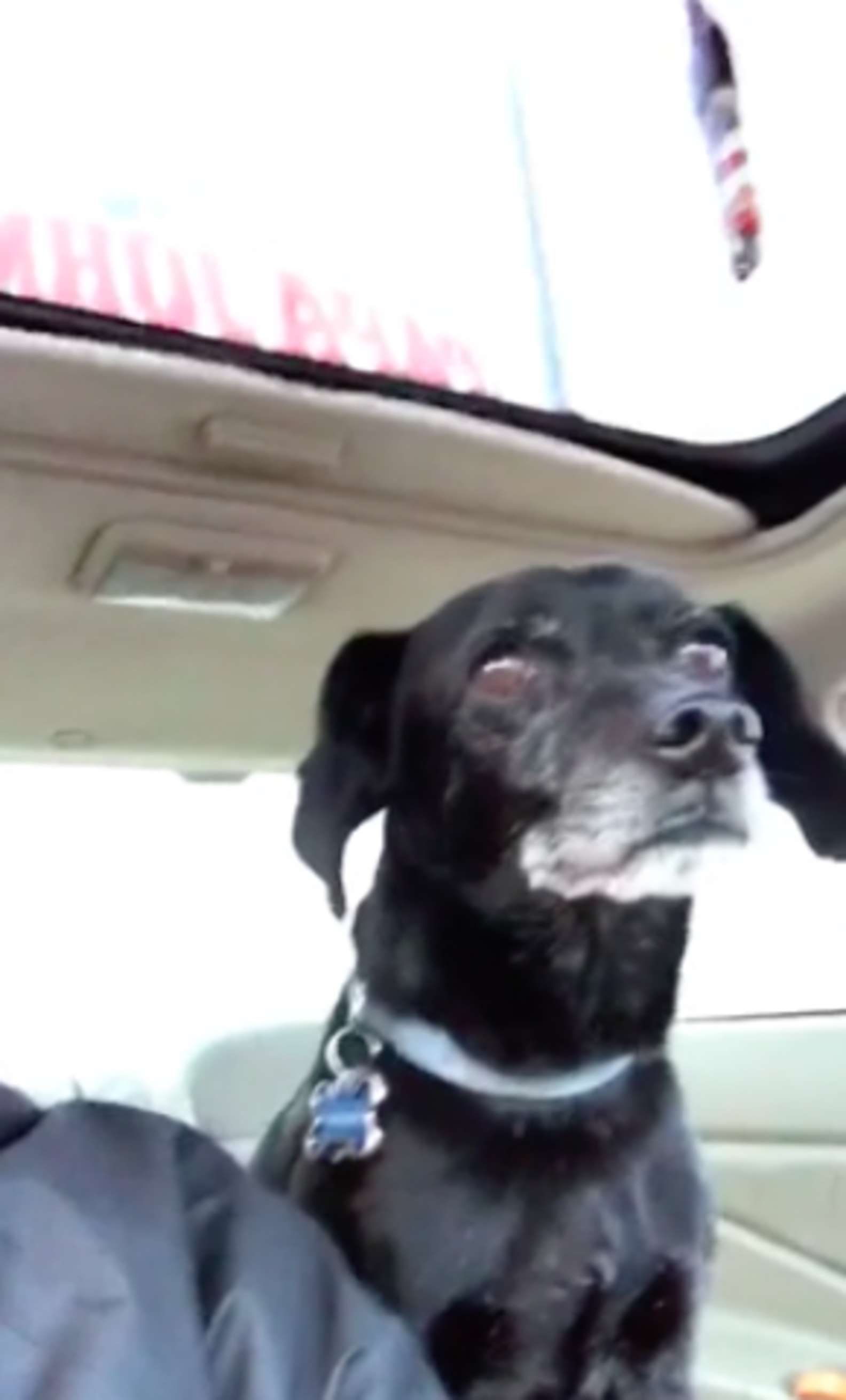 Even though Mr. Snickers lived way off his delivery route, Donovan drove him there anyway after dropping off the pizza. He knew he could get in trouble with his bosses, but he decided that helping Mr. Snickers was much more important in the long run.

“I wouldn’t mind getting fired over this,” Donovan said. “I mean, it’s a dog running in the street. I had to help him.” 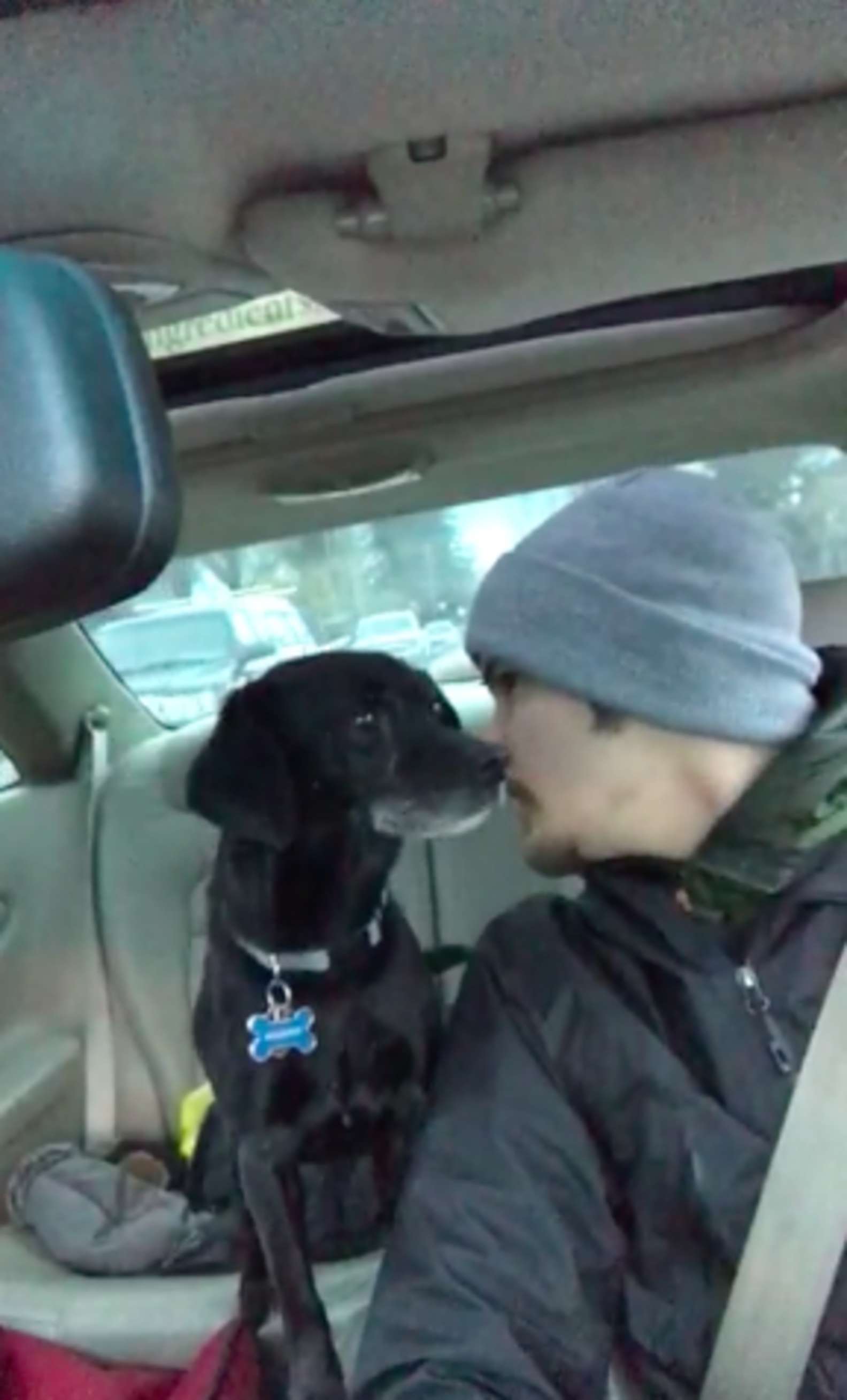 As soon as the pair entered into Mr. Snickers’ neighborhood, the pup seemed to immediately recognize where he was and started freaking out with happiness.

“He perked up and noticed this was his neighborhood, and he was wagging his tail and getting all excited,” Donovan said. 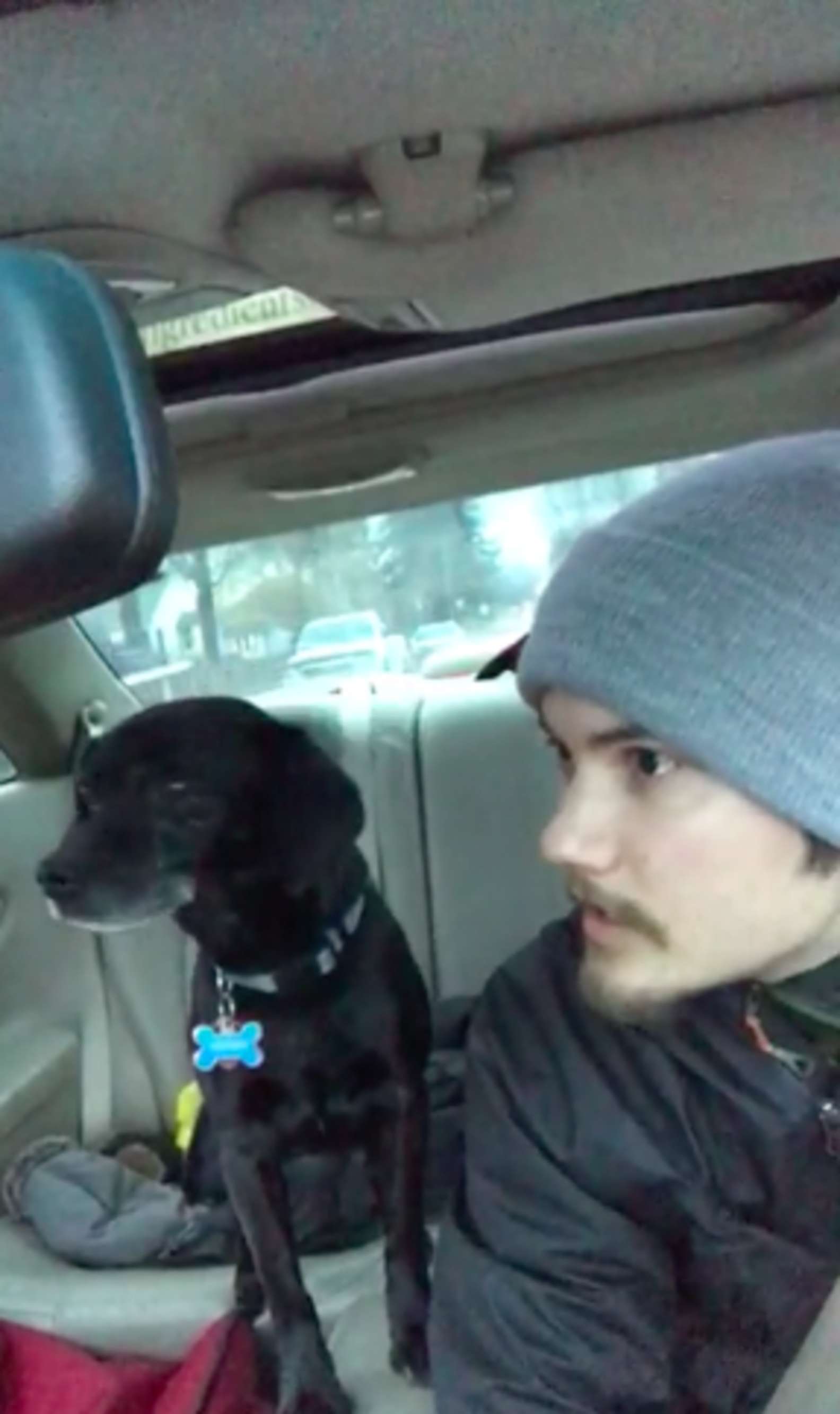 As it turned out, Mr. Snickers’ dad had recently moved to a different home, and his tag still had the old address on it. Donovan met some of Mr. Snickers’ old neighbors, though, who said they would take in Mr. Snickers and make sure he was reunited with his dad. It’s possible Mr. Snickers accidentally got out of his new house, got confused, and tried to go back to the old one.

Luckily, Mr. Snickers is now safely off of the busy streets, thanks to the kind heart of a guy who was just out trying to deliver some pizzas.