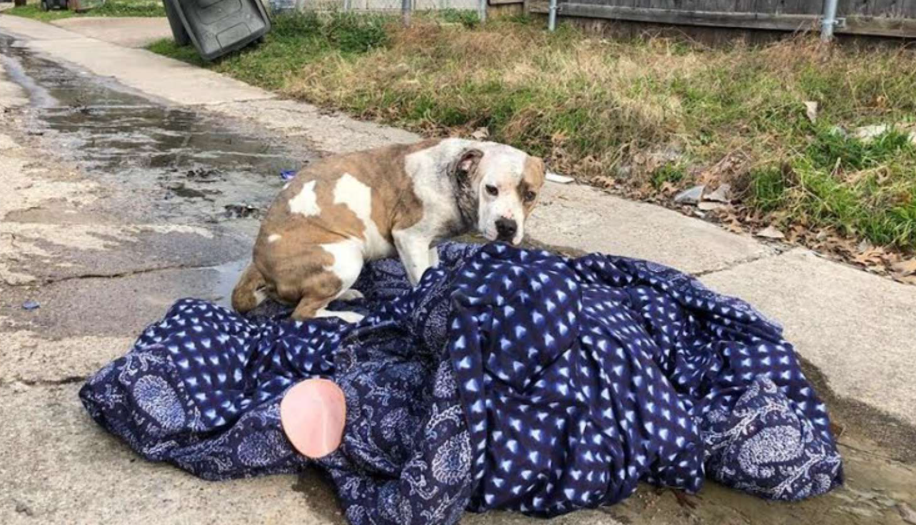 Before the family moved from their Dallas neighborhood, they placed their trash and unwanted belongings in the alleyway behind their house. Sadly, one thing they didn’t want anymore was their dog — so they left her and her blanket out on the street.

On New Year’s Day — the day after the dog’s family disappeared — Marina Tarashevska, cofounder of Dallas DogRRR, went for a walk in her neighborhood and discovered the abandoned dog clinging to the blanket.

“It was really cold and rainy, and the dog was lying on her blanket — and she wouldn’t leave it,” Patti Dawson, executive director of Dallas DogRRR, told The Dodo. “I think she was still thinking her family would come back. She was in that stage of, ‘I’ll just wait here. This is familiar.’”

After speaking to concerned neighbors and learning the dog’s sad story, Tarashevska attempted to rescue the dog. But it wasn’t easy. 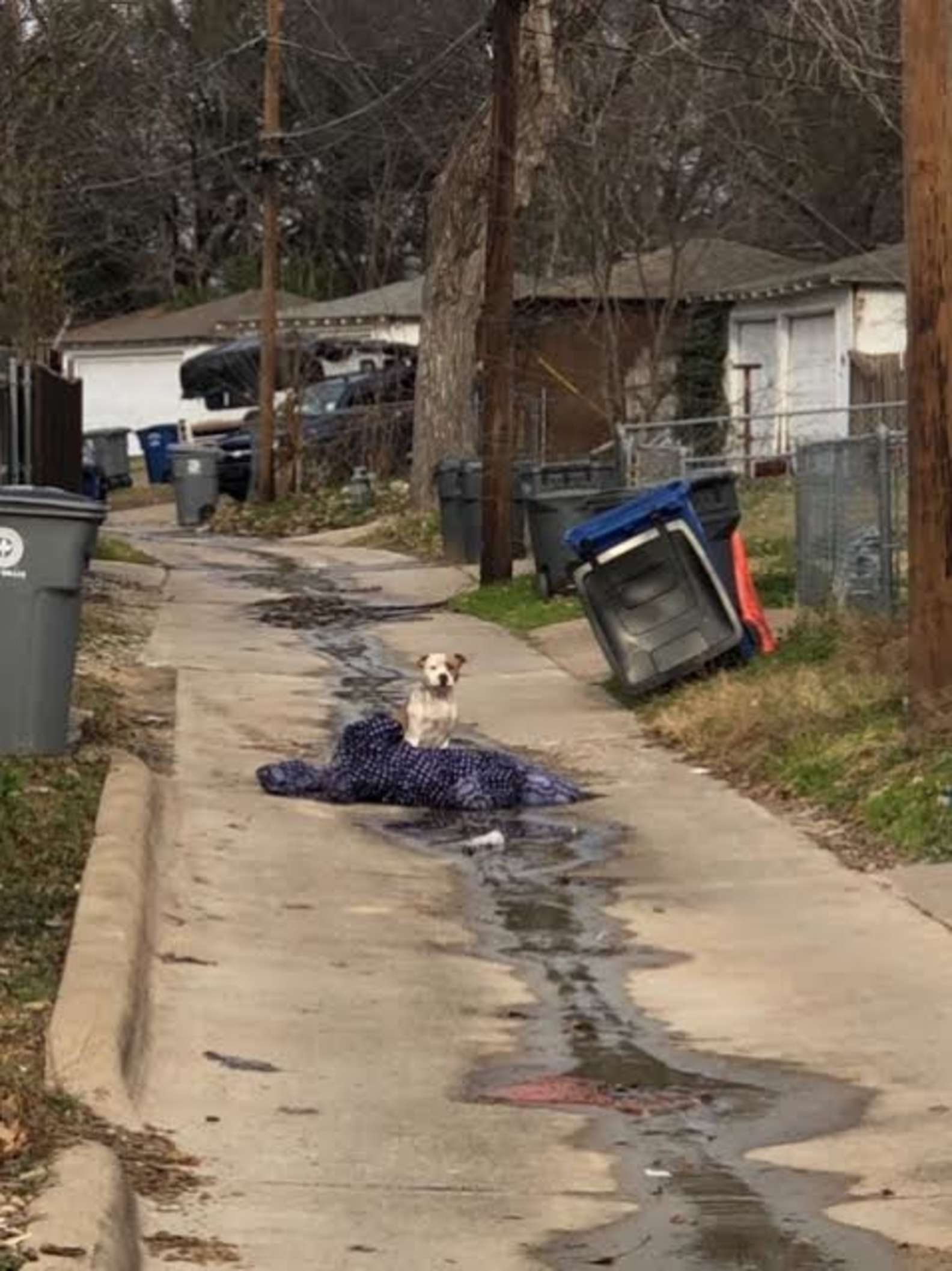 “Anytime Marina got close to that blanket, she would run off,” Dawson said.

After doing this for about an hour, the blanket — and the dog — had reached Tarashevska’s backyard, and Tarashevska was able to grab hold of the dog and get her into the safety of a kennel. 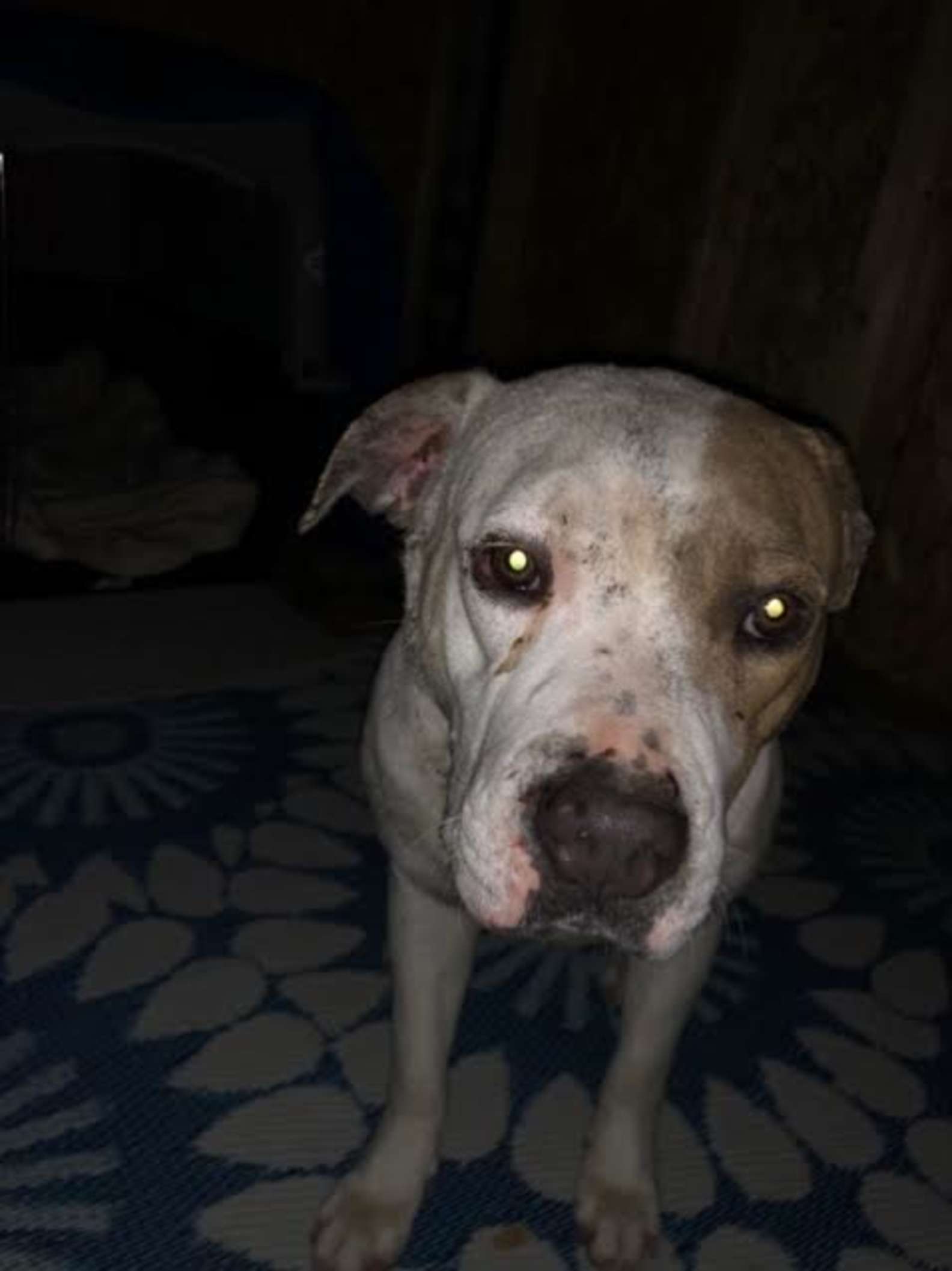 Tarashevska could also see that Camilla had fresh wounds on her neck and ears — so she immediately took Camilla to the vet. 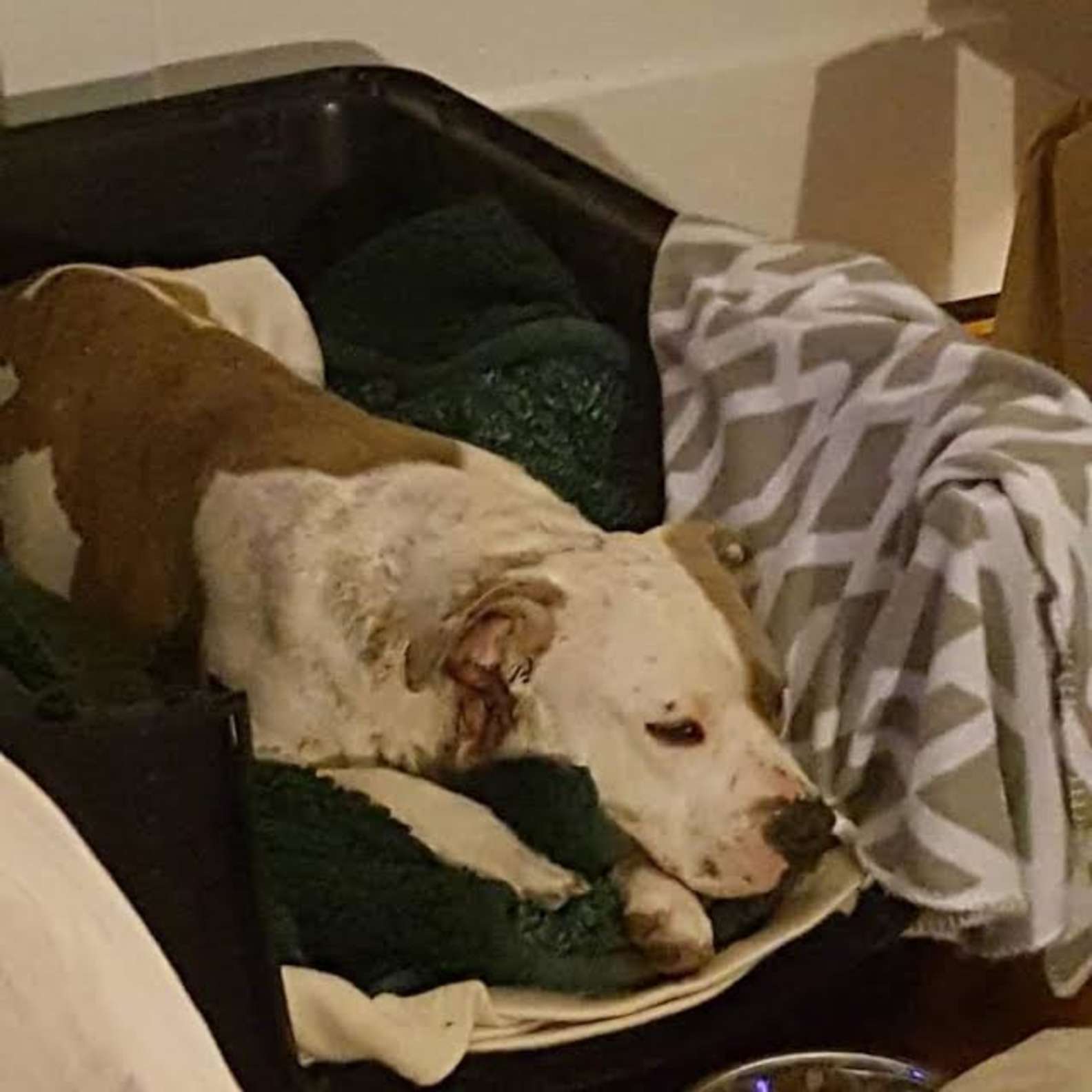 “The vet said it was either an embedded collar, meaning she was probably kept outside,” Dawson said. “The only other thing we thought of was that a dog had gotten into a fight with her when she got outside. There’re lots of stray animals out there, and so maybe they got into a scuffle over food.”

Camilla had surgery on her neck and she’s on the road to recovery — not just physically, but emotionally, too. 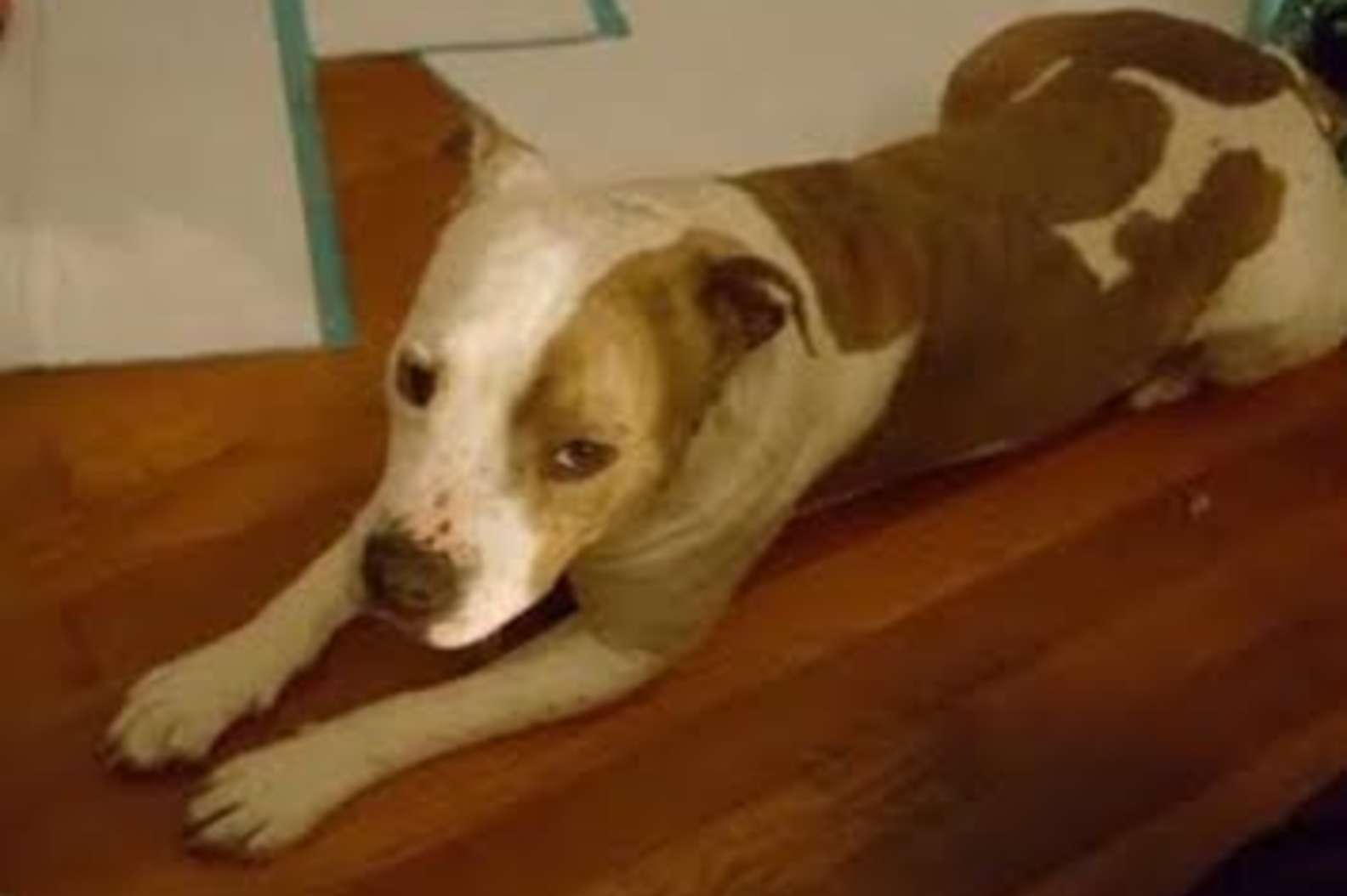 “She’s doing great,” Dawson said. “Her personality is slowly coming out, and she’s starting to trust.”

Camilla is now living in a foster home, where she’s getting lots of love and attention — and Camilla’s becoming a completely different dog.

“Now she’s sitting up, and you can see a different look on her face,” Dawson said. “She’s actually seeking out her foster mom now, whereas before, she wasn’t doing any of that.”

“She’s starting to snuggle and she’ll nose-butt your hand to get you to pet her,” Dawson said. “So she’s seeking out the attention now, which is huge. They said she played with her first toy the other day.”

Camilla will stay in foster care a little longer so she can continue to heal, but she’ll soon be up for adoption.

“We don’t know what she went through before we got her,” Dawson said. “It’s going to take time for her to realize that she’s in a safe environment. But she’s slowly coming around.”