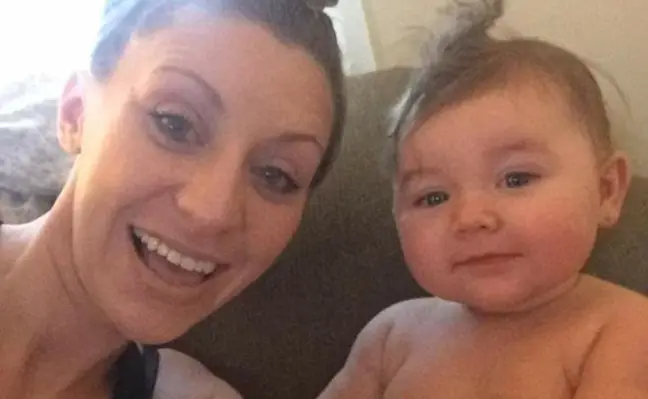 A daring dog has been called a hero by its owners after saving a baby girl from a raging house fire.

Viviana Claire was trapped in her house in Baltimore at around 10:30pm on Sunday when her parents’ home was engulfed in flames.

Her mother, Erika Poremski, narrowly avoided being trapped in the house herself when she stepped outside to fetch something from her car, The Daily Mail reports.

I just heard her crying and I couldn’t get to her. I tried really hard, everyone in the neighborhood tried. They were kicking the doors in and kicking the windows out. I couldn’t [get her out]. Nobody could.

The struggling mother burned both her hands and face as she tried to fight her way back in, but the intensity of the flames beat her back.

Eventually, firemen battled their way into the house in a desperate attempt to rescue the little girl who was trapped in her bedroom.

When they made their way in, they discovered something shocking – the family’s plucky pooch Polo was laid over the top of the little girl, protecting her from the flames.

Firefighters explained that because the dog protected her, only one side of Viviana’s body was burned. Despite this, 20 per cent of her body was burned and she remains in critical condition.

[Polo] stayed with her the whole time in the bedroom and wouldn’t even come downstairs to get out the door. He was my first baby and now I lost him. And I’m just praying I don’t lose her. She’s all I have and it just happened so fast, I just don’t understand it. I just don’t know why this stuff happens.