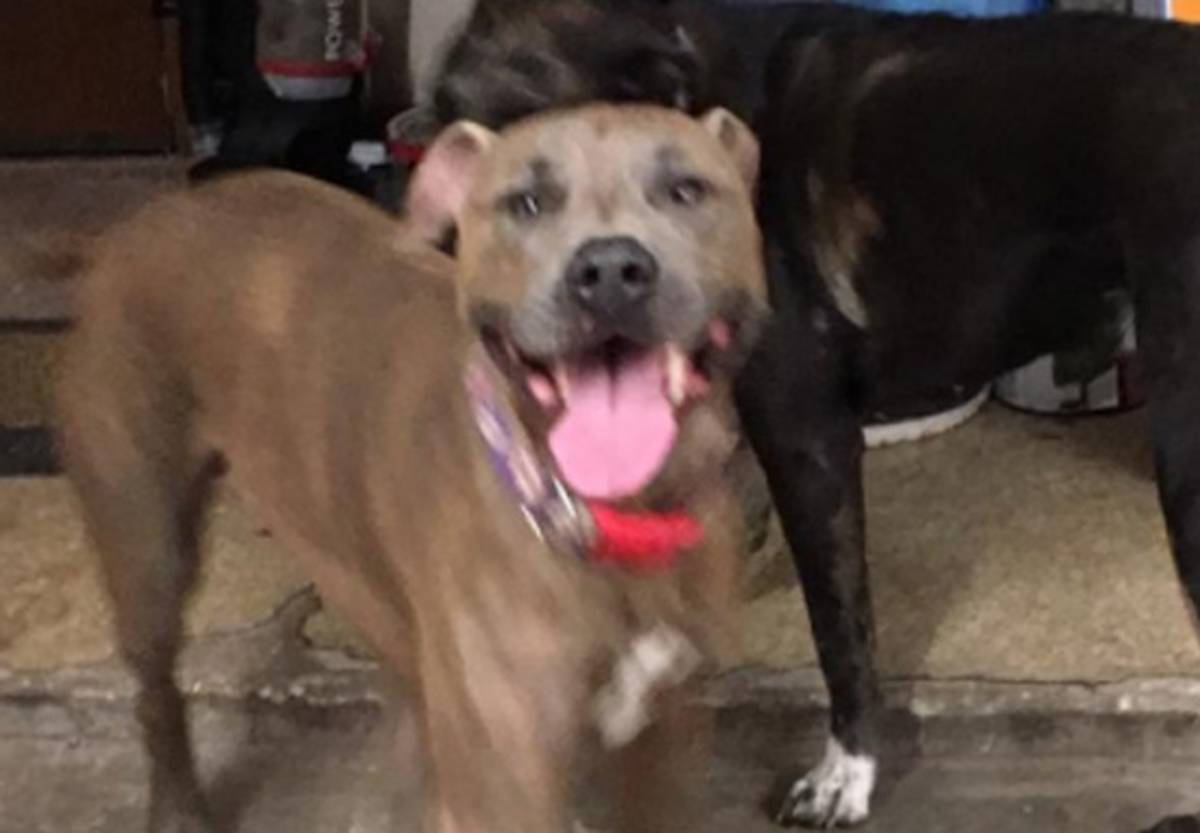 A family have hailed their pet pit bulls as heroes after they rescued their owner’s two young children from a snake.

Melissa Butt explained how her two pit bulls, Slayer and Paco, were acting oddly ‘urgent’ as they played with her her two grandkids, four-year-old Zayden and one and a half-year-old Mallory outside their Florida home on August 13.

Apparently when the dogs noticed the snake they began barking and refused to follow orders so the child’s mother Cynthia took the children inside.

When Cynthia and husband Daniel came back to check on the dogs they found them hunched over the snake – which was identified as a copperhead – to stop it from escaping.

[The snake] lashed out to bite both of the dogs, getting Paco on the elbow and Slayer on the snout.

Slayer grabbed the snake in his mouth and killed it.

Following the incident both dogs were taken to the vet and were treated for serious injuries they received from the snake’s venomous bite.

Vets had to act fast to stabilise the dogs – treating Slayer with antivenom and Paco for his less serious injuries.

According to Melissa, Slayer’s face had swollen so much after the attack, he could barely get his tongue out.

Slayer was allowed to return home on Wednesday although he’s still taking medicine for his wounds.