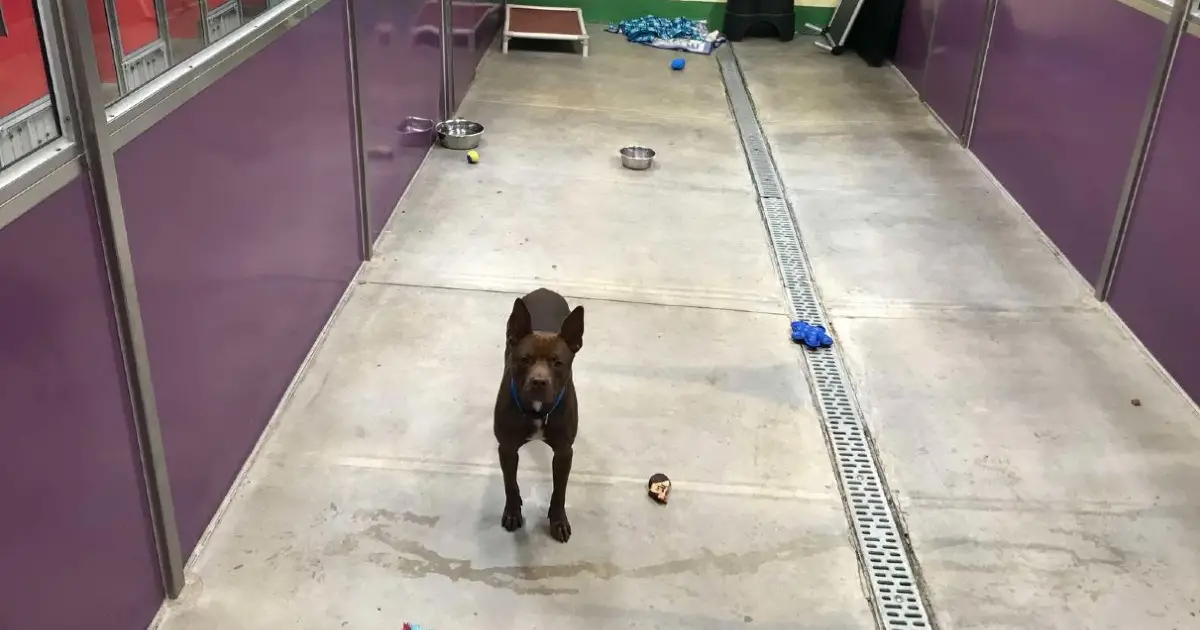 For a dog, having a loving forever home is the best thing in the world that can happen. Much like any human adoption, when a dog gets adopted, the new “parents” and the dog are as happy as can be! The potential of a future together with so much love and treats is exactly what a dog wants in this life. Unfortunately, Kenny the pup was having trouble finding it.

Recently, a local animal shelter had an adoption event with major success!

Wayside Waifs is an animal shelter based out of Kansas City, Missouri. With such an influx of new residents, they decided that they were going to hold an adoption event to see if they could find their shelter mates some incredible forever homes!

When the event kicked off, the results were incredible.

The event was thrown and people came out! For 19 hours, volunteers introduced potential forever families to excited little animals. As the hours went by, people from all across the city trickled in to see if they could find a friend to add to their families. Incredibly, the event met major success!

After the end of a long day, the volunteers took stock.

Looking around, they did the math. Dogs, cats, and even a guinea pig had all been adopted! The final count was that 203 animals had all found families to go home to! As the crew celebrated, they realized that the 203 animals was incredible, but it wasn’t everyone.

One little dog was left after the event was over.

While 203 was a staggering number that represented amazing success, it meant that little Kenny was all alone with no brothers or sisters to share a bed with. The little dog was the only animal at the shelter to not be adopted.

Kenny is a special dog that deserved a special home.

Kenny was transferred to the shelter from the Louisiana SPCA because they were facing some serious overcrowding issues. Besides that information, the Wayside Waifs shelter didn’t know all that much about his past. What they did know, however, is that he was one wonderful dog.

They described Kenny as being sweet, goofy, and all about the present!

As far as dogs go, Kenny is a great one! Jovial and playful, he has never known a stranger.

He absolutely loves running around and playing as much as he can, and has never met a person he hasn’t instantly fallen in love with.

With such a cute face and innocent soul, they had no idea how he wasn’t adopted.

Even with all his friends being adopted, Kenny didn’t seem to mind all that much. He was getting all the attention of the shelter staff and was soaking it up! After a field trip for ice-cream to make up for him being the only dog around, they decided to put up some information about Kenny and see if anyone was interested!

After people realized what an incredible dog he was AND heard that he was the only one left, he was adopted!

Not long after word of Kenny got out, he was found a forever home! Sometimes, all it takes is for someone to see a story and fall in love with the individual behind it.