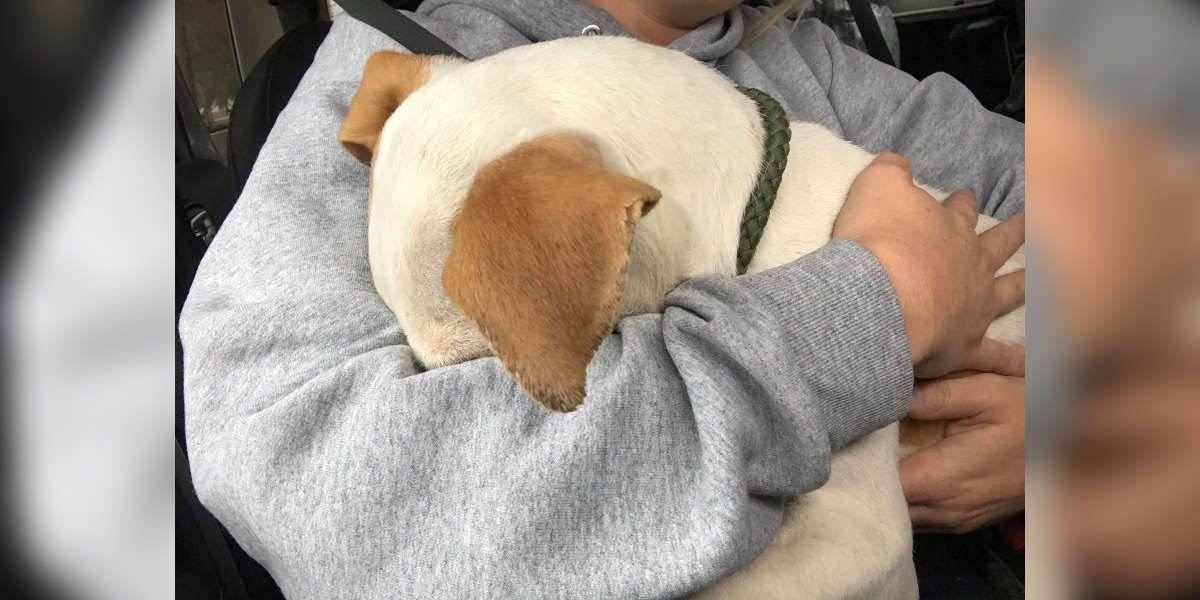 On a cold rainy day, a little puppy named Chowder thought he’d found the perfect spot to stay dry. A garage behind an abandoned building had become a dumping ground for neighborhood furniture and trash, and that’s where Chowder discovered a discarded mattress and crawled underneath.

But things were about to get a whole lot better for the little stray. 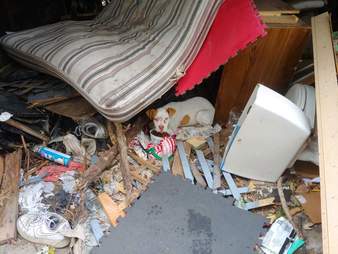 “[There’s a] super nice couple who lives in the area, and the husband had apparently gone out to the alley to throw some trash away,” Donna Lochmann, a rescuer with Stray Rescue of St. Louis, told The Dodo. “When the husband went out, he noticed that this white dog had found shelter underneath this corner of a mattress … and he gave him a little bit of food and water.”

The man called Stray Rescue of St. Louis, and Lochmann and her fellow rescuer rushed to the scene. When Lochmann met the 4-month-old puppy, she was shocked by how trusting he was.

“When we got out [of the car] he ran right up to me,” Lochmann said. “He was just the friendliest little guy. He wasn’t afraid of us or anything like that. I think he was just really happy that someone was being nice to him.”

Lochmann clipped a leash around Chowder’s neck, and the puppy was immediately excited. He put his paws on her shoulders as she picked him up to help him into the car and handed him over to her fellow rescuer. 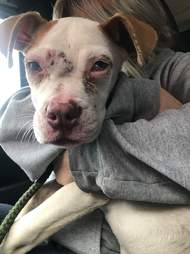 “He went up and sat on her lap and just snuggled with her,” Lochmann said. “He had his head on her shoulder and just buried his face in her arm. He was just so thankful to be warm and to have people be nice to him.” 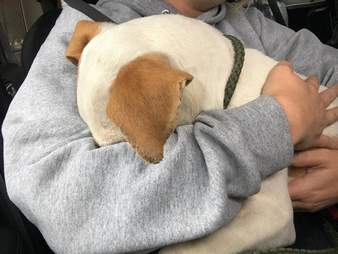 Chowder snuggled his rescuers the whole drive to the shelter as if he knew he was finally safe. 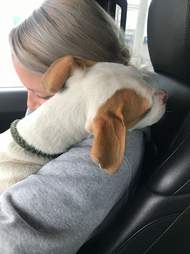 At the shelter, Chowder started to relax and let his puppy personality shine. The energetic dog became even happier to see people, get attention and play with toys.

Now in a foster home, Chowder is adjusting to indoor life and learning how to live with people. 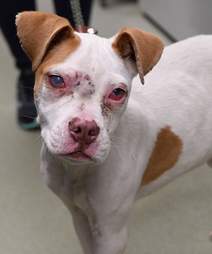 Once he is neutered and his eye infection has cleared up, he will be ready to find his forever family. And his rescuers know whoever ends up adopting the grateful puppy will be in for plenty of snuggles and hugs in the years to come.