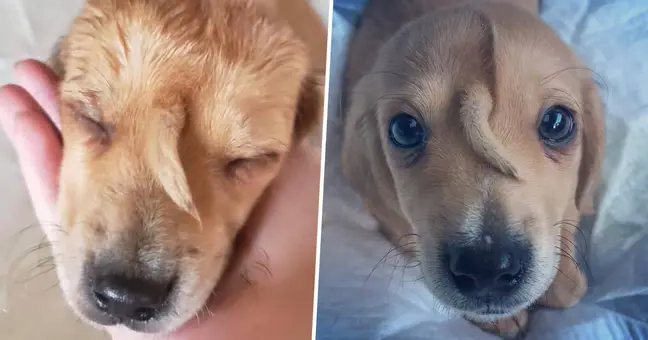 A puppy with a tail growing from the middle of its forehead has become a viral superstar after he was abandoned and left in the ‘freezing cold’.

Rescue organisation Mac’s Mission found the pup, who also had a foot injury, on the street along with another older dog and took them both under its wing.

Staff named the adorable doggo ‘Narwhal the Little Magical Furry Unicorn’ and he quickly established a huge fan base after videos were uploaded on Facebook .

The Missouri-based centre ‘specialises in special’ and looks to help dogs which have been abused, injured or have birth defects who would die without their help. 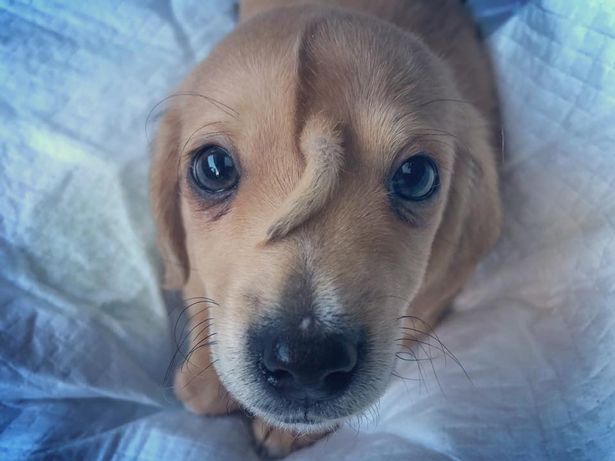 In an update, the centre answered the question on every Narwhal fan’s lips – the tail unfortunately doesn’t wag when he gets excited.

The puppy was taken to the vets, after being reassured by staff it wasn’t going to be scary, to try and find out why the tail is there, if it was connected, and most importantly, if it can wag.

After the appointment, the centre wrote : “The extra tail is not connected to anything and has no real use other than making him the COOLEST PUPPY EVER! 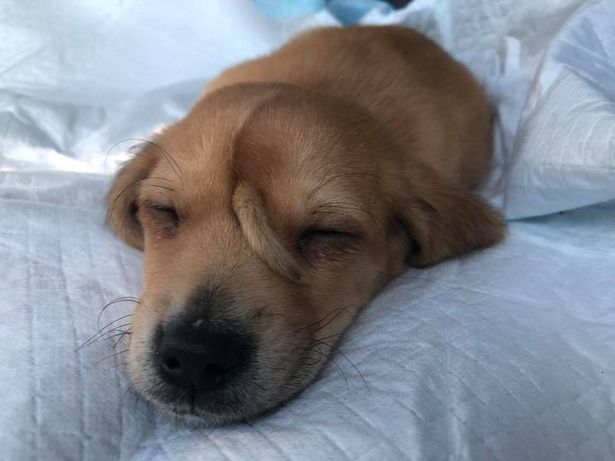 “One of our followers said ‘it appears they assembled the puppy wrong. Always follow the directions people!’
“This is a true experience of having ‘extra parts’ during assembly.

“Dr. Heuring said there is no real reason at this time for the unicorn tail to be removed (and we all wish it wagged) 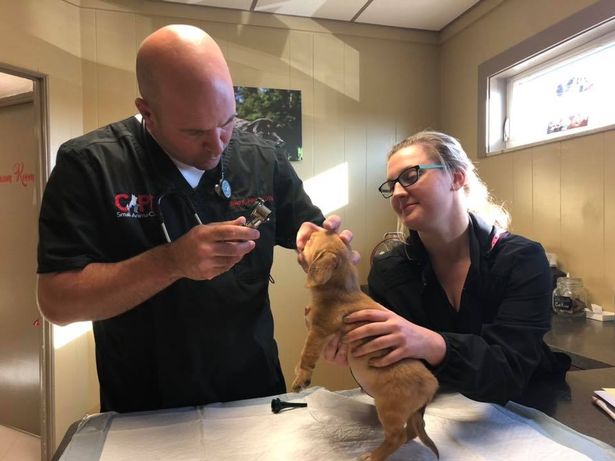 “Pretty sure the staff at Cape Small also gushed all over this little nugget!

“The unicorn face tail does not bother Narwhal and he never slows down just like any normal puppy.”

Little Narwhal, assumed to be a half dog half unicorn mix, isn’t ready for adoption yet as staff want to monitor the tail and ensure it doesn’t become a problem, but fans have already predicted the ‘longest adoption line in history’.