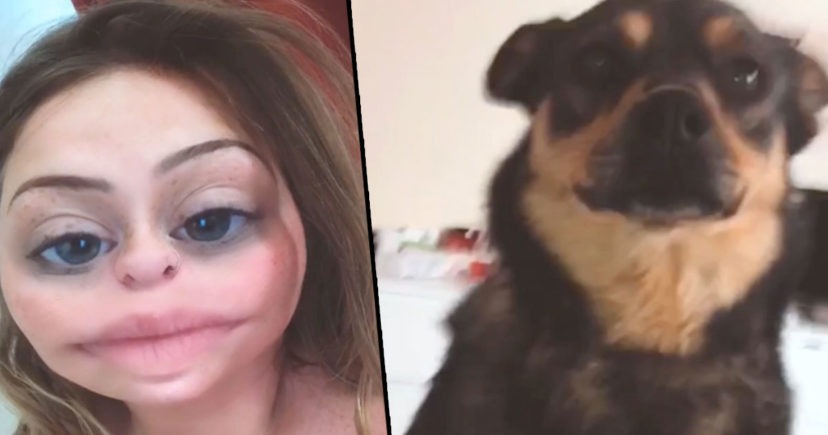 Woman woke up next to the most unusual guest in her bed last month following a drunken night out.

We all do silly things when we’ve had a little too much to drink. I remember getting absolutely plastered at my niece’s christening and saying things to family members which I would never dream of if not under the influence. So in some ways, I sympathise with drunk dognapper Toni Robinson.

After a night out on the town, a hungover Toni woke up to someone else’s pooch on her bed. While the alarm bells would normally immediately ring, this was the third time for her.

We named the dog Violet as we were drunk on Parma Violet gin at the time.

We shared a bed with the dog, who we later found out was named Princess, and had a deep chat with it on our night out. 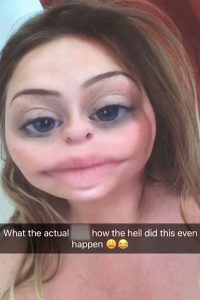 We didn’t even think about the owners.

This is the third time I have kidnapped a dog without realising.

When I woke up I realised what had happened when I heard the dog moving. 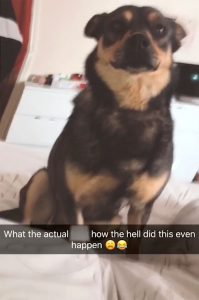 As it turns out Violet’s actual name is Princess, and thankfully the owners were fine with Toni’s shenanigans so we’re glad she was in safe hands after escaping her home.

Speaking of dogs being reunited with one another, one was reunited with his brother this week – before then, the last time they saw each other was when they were pups.

Walela Nehanda’s dog, Louie, was on a classic lap around the park when he stopped in his tracks and experienced his very own Parent Trap moment.

Without the owners knowing, the two brother labradoodles greeted each other, and the owners quickly realised what had happened. But how did the pups know? So many questions.

My mom was at the park with my dad – they go running together every day – and Louie normally doesn’t care too much about the other animals there, he usually just minds his own business.

But my mom called me after it happened and he apparently stopped dead in his tracks and was staring at a dog a distance away. And the other dog did the same.

So they start moving towards each other and by the time they are in front of each other, it’s pretty clear these dogs look identical.

So then, my family asks where these people got this twin dog from and they respond with ‘Beau Monde’ and my family is like ‘same’, so then my parents ask who the dog’s parents are, to which they responded: ‘Bug and hank’ who are Louie’s parents too. So then it was confirmed, that was Louie’s sibling. 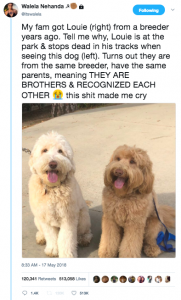 Walela posted the cute image to Twitter with the caption:

My fam got Louie (right) from a breeder years ago. Tell me why, Louie is at the park & stops dead in his tracks when seeing this dog (left).

Turns out they are from the same breeder, have the same parents, meaning THEY ARE BROTHERS & RECOGNIZED EACH OTHER this sh*t made me cry. 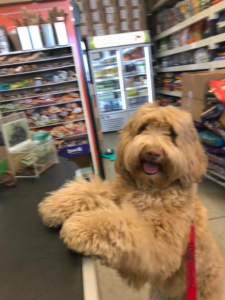 Dog Reunited With Brother He Hadn’t Seen Since Birth After Spotting Him At ParkUNILAD
The post received an incredible 513k likes and 120k retweets, warming the hearts of many commenters who posted photos of their own labradoodles.