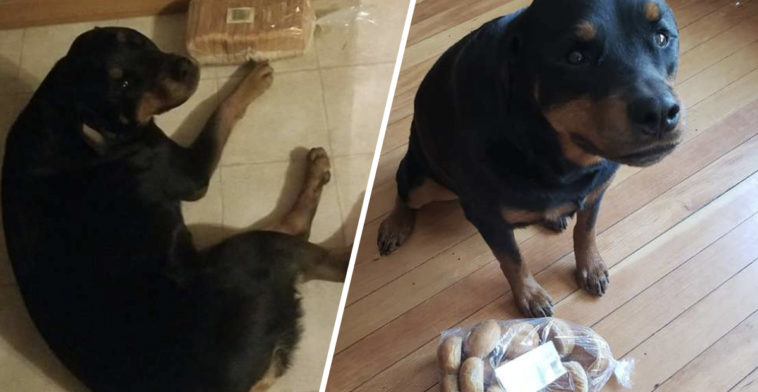 Some pups make excellent guard dogs — but this 6-year-old dog named Jakey uses her skills to protect something a bit unusual. 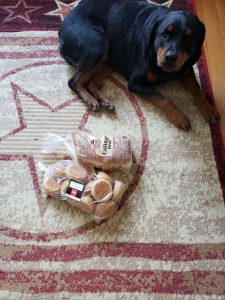 While most dogs stand watch over the house, Jakey sets a more reasonable goal. She watches over her family’s bread when they’re away. “She started this four years ago when we moved to our farm,” Katrina Frank, Jakey’s mom, told The Dodo. “Every time we would leave she would hide the bread.”

Jakey has an excellent nose for baked goods. The second her mom walks out the door, Jakey sniffs out the plastic-wrapped loaf, and she will stop at nothing until the bread is safe.

“We have a bread box so she likes to hop up and pull it out of there,” Frank said. “If I leave it in the pantry instead, she nudges the door open and gets it out. I’ve put it in the refrigerator before and she has opened the door to get to it.” 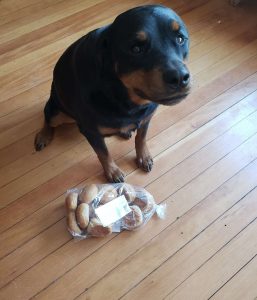 In all her years as a bread guardian, Jakey has never once taken a bite. And she makes sure none of the other animals in the house do, either.

“She likes to put it behind the couch and lay by it. Otherwise, [she puts it in] the closet in my bedroom,” Frank said. “I assume she thinks it’s the most important thing to us because we use it so often.”

As soon as Jakey’s mom returns, the pup leads her to the bread — a guilty look on her face. Frank has gotten used to Jakey’s quirks and knows now that the bread will never be missing for too long. “I’ve always been like, ‘Oh, that’s Jake being Jake,’” Frank said. 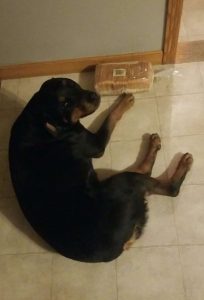 If her family runs out of bread, Jakey doesn’t let that stop her from doing her job: “If I’m out of bread, she moves on to baked goods,” Frank said. “Once she took a Tupperware of cookies off the counter and hid all 17 individually without breaking any. She led me to all of them.”

And if the family is out of any type of starch, Jakey moves on to guarding the butter.

The one thing Frank can be sure of: Their food is safe as long as Jakey is around.