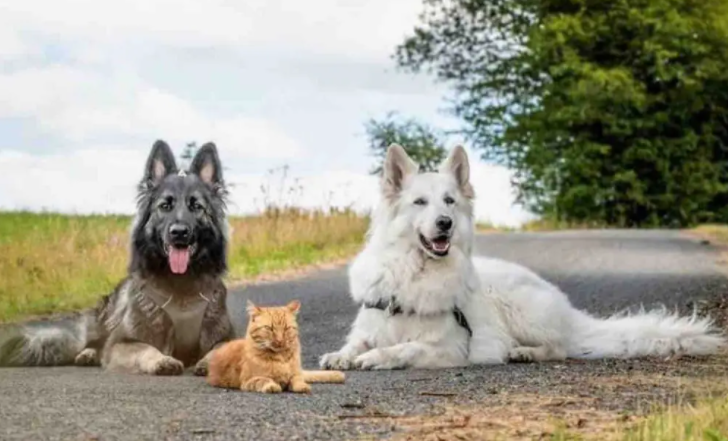 It is often said that cats and dogs don’t get along, but there are a few exceptions to the rule, as is the case with this family who rescued an injured kitten. Named Azmael, the rescued cat grew up alongside Nimue an Altdeutscher Schäferhund, and Liam a White Swiss Shepherd.

The three friends get along so well that Azmael behaves like his dog friends . Adopted several years ago, he was found seriously injured in the middle of the road. His owner Nathalie (Doudouisawesome on Reddit ) and her husband took him to the vet hoping he would survive.

Fortunately, the injured kitten made it out and the couple decided to adopt it. “From the first day at home, we noticed that the kitten only had eyes for Liam, our Swiss Shepherd,” says Nathalie. “At first, our dog didn’t know what to do with it… Is it food? A new toy? But after a few hours, he accepted him as his new friend. ”

Liam began to take care of Azmael, and the kitten in turn began to nurse the dog. The two friends have a very close relationship. Later, Azmael also became the best friend of the other dog in the family, Nimue, and the three are now completely inseparable.

Almost every morning the cat joins them for a walk, it is as if they have three dogs. However, Azmael doesn’t always pay attention to cars on the road, so his owners have to quickly grab him and carry him if a car arrives.

Azmael isn’t the only cat who has been accepted as one of their own by Liam and Nimue. Last year Nathalie’s husband, who is a firefighter, brought home another cat. Dogs also participated in his education.

Meet Azmael and his best friends 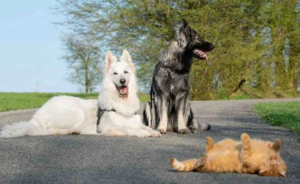 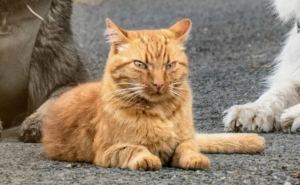 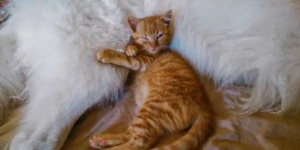